Do Dogs Smile On Purpose? Let’s Find Out!

According to scientific studies, dogs not only show their happiness by wagging their tails, but they believe dogs smile un purpose. 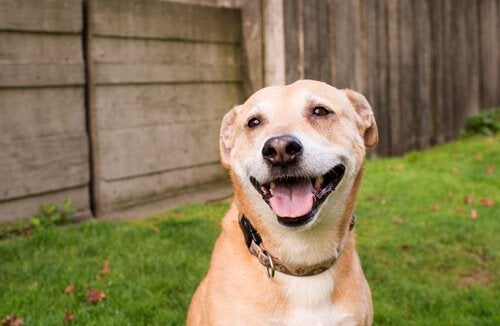 This question has given rise to dozens of debates around the world and different conclusions have been reached. Animal lovers will always bet on it, for sure. Meanwhile, the most skeptical will always say “no” when it comes to accepting the idea that dogs smile.

In My Animals, as the furry animal lovers that we are, we not only believe that dogs smile but that their smile is seen all over their face. They show emotions and feelings through it too.

According to scientific studies, not only do dogs show their happiness by wagging their tails, but they also make different curves with their mouths when they’re happy, something that can be interpreted as a smile.

So, yes, you’re not crazy, dogs do smile! If you ever felt dumb by thinking your dog was smiling at you out of happiness while playing in the yard, you’re not! He was actually doing it.

Dogs’ smiles reflect their happiness, their deepest feelings and emotions. The first person to “promote” the idea that dogs can smile was a well-known Nobel Prize winner Konrad Lorenz. It all happened to him one day while playing with his pet.

He could have sworn he saw him smile on the dog, which is why he explained in his book “Man Meets Dog” that a dog’s smile transforms his face and makes him stick out his tongue a little.

Something very much like our laughter! Although it’s obvious that a dog will never laugh as we do, or be able to emit the same sounds. However, the question is:

How do dogs laugh?

This topic has been studied by experts on dog behavior. For instance, Patricia Simonet, one of these experts, came up with a brilliant idea. She decided to record dogs “laughing”. Simonet gathered several of them and recorded the sounds they made while playing and having fun.

What she discovered was amazing: not only was the dogs’ panting different when they were having fun, but it was also contagious for the other dogs! When one dog laughed, the others followed. Who could deny that laughter is indeed contagious?

In addition, Simonet thought that these recordings might have a better use than just for a simple study. She thought that if she used them in shelters, the sounds of these dogs “laughing” could be beneficial for those dogs that were abused or abandoned.

And so it was! The mood of dogs in rescue centers and shelters changed for the better when they listened to the recordings.

Something more than just a smile

Some research studies are not satisfied with believing that dogs can smile. They even claim that dogs have their own sense of humor. How they use it with others, humans or dogs, is still to be seen.

What’s certain is that animals can demonstrate joy and happiness with a smile. And to think that we always believed that dogs could only do it with their tail!

How to get a smile out of your dog

We all want our pets to be happy, but we know we need time and energy to make that happen. Sometimes, we also need some plenty of patience.

Nevertheless, they say a smile is worth all the effort. If you want to see your dog smiling, here are some tips:

We know there will always be debates around this topic. However, it has already been proven: dogs do smile, and it’s shown all over their faces. Don’t miss your dog’s smile and make an effort to earn it! 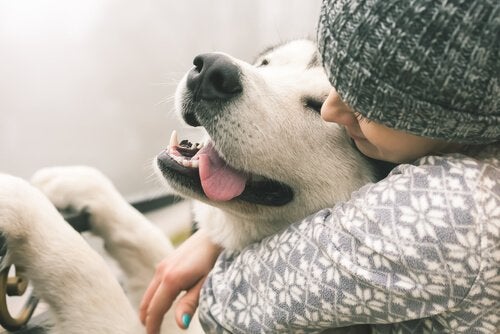