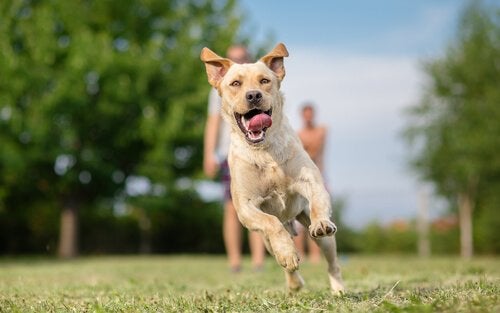 Sometimes people find themselves in situations where they need some type of therapy to help them with their problems. This is the only way to slowly help them get back to their normal life.

When you think about those situations, the first thing that comes to your mind are probably problems like depression or mental instability. That’s because these are the most common inconveniences that people will turn to therapy in order to get some help.

However, one of the most difficult situations anyone could ever find themselves in is imprisonment During this time, prisoners have to deal with the guilt of their offense. However, they also have to endure a strong degree of isolation that makes it difficult for the person to socialize once they are released from prison. Continue reading to find out more.

What is now an authentic and heterodox session with a psychologist, began as a type of recreational activity with dogs. Prisoners had the opportunity to rehabilitate themselves while spending time with dogs.

While playing games like fetch, inmates can clear their minds and feel at ease with the company of these four-legged friends. This will momentarily fill the prisoners with affection in a place where it usually doesn’t exist.

This impressive pet therapy began a little over a year ago at the Bollate prison in Italy. This is an experimental medium-security prison where — similar to other transalpine countries — there’s a concerning number of inmates. This has created a lot of controversy in the international community because of the obvious dangers it presents.

To work with the psychologist, the prisoners must organize groups of 12 and request one appointment a week with them. The session will include a couple of dogs and just their presence will make the patients feel more comfortable and less on-edge. This will make them a lot easier to treat psychologically.

After the dog’s arrival, the population of the prison decreased 20 percent. This type of therapy, along with a series of courses like painting and Yoga that focus on prisoner rehabilitation, played a key role in this reduction.

The prisoners’ opinions is a great way to show the effectiveness of this therapy. Interacting with these dogs is a breath of fresh air for them and the therapy does help them.

An example of this is Nazareno Capolari who was sentenced to life in prison for homicide. He revealed that this therapy has been a wonderful experience for him. It helps him because he’s been an animal lover his entire life and lived with cats and dogs in his home when he was a child.

While the inmate plays with a beautiful Labrador retriever, he hopes that this pet therapy is put into practice with other people. For example, those suffering from Alzheimer’s or children with psychological problems, since the therapy greatly favors socialization and relaxation.

Another inmate states that he no longer deals with the fear and depression he felt in prison. He now talks about working with animals in the future. He wants to specialize in zoology once he gets his degree in biology.

It’s important to note that this psychological treatment with dogs for prisoners has also been put into practice in Spain. This therapy has had great results due to the way these little four-legged friends relax the prisoners and help them express their emotional needs more easily.