Dogs in Group 7: Breed Classification according to the FCI 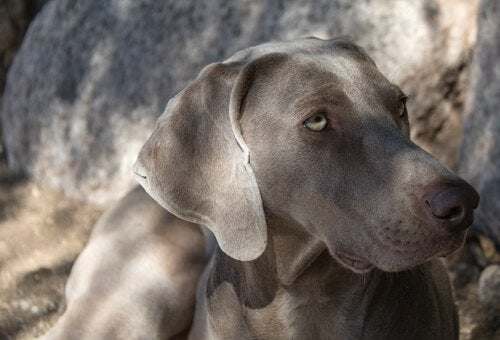 The World Canine Organization, known internationally as the FCI, is in charge of determining the standards of each dog breed and classifying them according to their characteristics. In this article we’ll tell you about dogs from their Group 7 classification, including continental, English, and Irish breeds.

Some of the 31 breeds in this group are famous beyond Europe. The most important are:

This breed appeared in the early 19th century as hunting dogs. It can find and flush out birds and cover earth and water. It is unafraid of wild boards and large animals, and also follow blood trails due to its great nose. In addition to being easy to train, it’s very smart.

The Weimaraner is another German hunting dog. It has thick, short hair that protects it from humidity. The Weinaraner is easy to train, loving, obedient, and an excellent guardian.

Its fur is silvery-grey, like a grey deer or grey mouse. The head and ears are usually lighter. At birth its eyes are blue, then they turn to turquoise and eventually amber as adults. It’s an elegant breed that’s energetic and active, though it can be dangerous with strangers. It usually gets anxious when left alone at home.

This breed was made to hunt birds and rabbits. It works like a Setter or Pointer. It likely originated on the Iberian Peninsula, continued to develop in the French province of Britain. It’s an athletic dog, with big paws and a light stride.

Its hair can be various colors, though orange and white is most common. Easy to train, this work dog can also make a wonderful pet. Without sufficient exercise it may form bad habits.

Group 7 breeds from England and Ireland

The 5 breeds of this section are internationally famous. We’ll highlight 3:

This hunting dog owes its name to its original purpose: “pointing to” prey. Its origins date back to the 17th century when it accompanied men on shotgun hunting expeditions. It’s believed that they descended from Setters, but it’s not known whether it was from France, England, or Spain.

This is an excellent hunting dog. It’s blessed with an incredible sense of smell, and it can run for hours and quickly sniff out prey. Common health issues include coronary issues and hearing problems. Additionally, it needs at least one hour of exercise each day.

It’s easy to distinguish between the two types of Irish Settlers: red (most common) or red and white. In both cases the key difference is the fur color. This breed rose to prominence in the 18th century. Its job was also to find prey for hunters. Some were exported to the U.S. at the end of the 19th century, and thus the breed spread to other continents. They can develop gluten intolerance (a kind of canine Celiac) and need a specific diet.

The first English setters were born in France during the Middle ages, descended from Setters. Many were taken to England, where they mixed with local mutts, and the breed developed into what we know today.

These dogs are medium-sized, with black-and-white speckled coat (like a Dalmatian, but with longer hair). Sometimes it can have orange marks, and its ears are almost always black. The English Setter is very intelligent, but it’s not easy to train. It also is easily distracted when outside, and is susceptible to hip dysplasia. And that brings us to the end of Group 7 breeds! Check out other breeds from Group 2, Group 8, and Group 9.