Dogs in Group 9: Breed Classification According to the FCI

The International Cynological Federation is responsible for determining the standards of each dog breed and classifying them into groups according to their characteristics. 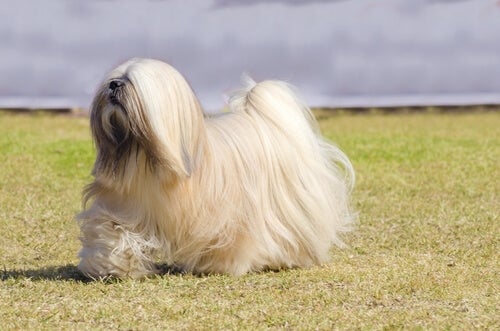 In this article, we will tell you a bit about which dogs belong in group 9, which includes pet companions and has more sections (11) than any other.

Each of the following breeds have their own section due to their particular characteristics, which they don’t share with the their fellow canines:

There are six breeds grouped in this section, including:

They emerged on the Island of Malta, in the Mediterranean, which is why Italy took over the sponsorship to develop it. They very intelligent dogs, they are affectionate, friendly and vivacious, and need socialization, starting when they are puppies. Despite their size, they are great guardians over their homes.

These dogs adapt very well to life in a city apartment and get along wonderfully with older children (not babies). They require a bit of daily exercise as well as daily brushing, since they have long coats that’s colors range between white and ivory.

This miniature-sized dog comes from the South of Madagascar, more precisely from the Province of Toliara. It owes its name partly to its origin, and partly to the fact that its coat has a certain similarity to cotton: it’s very soft and is almost always white (although there are some with black or copper-colored spots). These dogs have large eyes, short legs and curly tails.

There are three breeds in this group, but the one that is most well-known is:

This breed arose in Brussels thanks to the mating of a Carlino, a miniature Schnauzer, a Yorkshire Terrier and an Affenpinscher, at the end of the 19th century. Its weight does not exceed 5 kilograms, it has a round head, a short snout with mustaches and a substantial beard, large eyes and perky ears. These dogs have coarse fur that can either be black, red or black and tan. They are sweet, affectionate pets that are easily trained and make great company. However, these dogs do not get along very well with children.

All four breeds in this section are Chinese. Two of these breeds are:

This breed’s main characteristic is its mane, because of how much it resembles a lion’s.  The Lhasa Apso is one of the most ancient breeds in the world, and is considered a symbol of luck in their country of origin. They are small and have an abundance of fur, bangs over their eyes and a coat that is either sand-colored, honey, white, gray or black. These dogs are stubborn, alert, cheerful, playful and distrustful of strangers.

The Shih Tzu is another dog that resembles a lion because of its shiny mane. They are greatly treasured as watchdogs in China, and are also linked to Buddhism. They have a short snout, large eyes, droopy ears and a multicolored coat that has various shades of white, brown, gold, gray and black. This breed walks very elegantly, is affectionate, sociable and loyal.

The two breeds comprising this section are:

There are two breeds in this section:

There are three breeds in this section, and among them we find:

This breed of North American origin is one that responds extremely well to training. Boston Terriers are friendly if socialized at an early age. They are small, cheerful and low-maintenance due to their short fur, making them an ideal choice for those living in the city. As for their appearance, they have a flattened snout, small ears, large eyes and their coat is either black, tabby-colored or black with white spots.

This breed was established in the late nineteenth century, and was developed and made popular by England and the United States. These dogs are small, compact and strong; their ears are erect, similarly to a bat’s, and they have a short tail. They also sport a number of folds on their faces, and their coats are either tawny, tabby-colored or completely brown, or black and white.