How to Enhance Your Dog's Social Skills

Dogs can understand the meaning of many words by using social skills. Additionally, not only can they receive information from humans, but they can also transfer it to them. 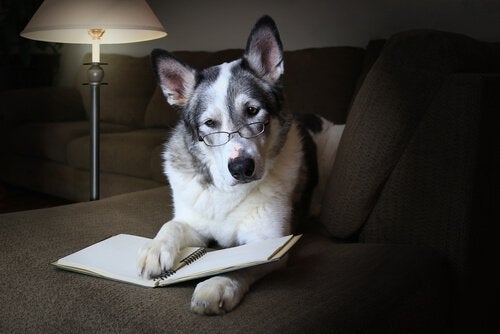 Dog intelligence is complex and sometimes it’s similar to the intelligence that humans develop during childhood. There’s a lot of cognitive research on dogs that show their social skills and how they can be enhanced.

One of the most interesting experiments done on dog intelligence is a project that was done by Brian Hane with his dog Oreo. Hane conducted the experiment to showcase his dog’s incredible social intelligence.

Dogs can understand the signals that are used to communicate, which is why there are some dog breeds that are very easy to train. However, can they make these same signals so that communication is mutual?

To find this out, someone can hide an object in a basket. However, there are also two more that are empty while Oreo the dog is present. Later, another person leaves and stands in front of the basket to see if Oreo makes any sort of sign. If he does and then he does it accurately.

The same thing happened with other dogs, which demonstrates that these skills have a lot of individual variables. So, this would mean that dogs are not only capable of receiving information from their owners but they can also intentionally transmit information to them.

Rapid mapping is one of the most interesting social skills that dogs have. Human beings learn the meaning of words very quickly at a young age. This ability increases from the ages of  12-16 months (humans can learn an average of one word every three days). However, as of the age of 10 years is when humans learn an average of 12 words a day.

Rapid mapping allows people to use inference to understand the meanings of words. This rapid capacity for learning and memory hardly requires any repetition or practice.

In the 1980s, there were a lot of attempts to teach primates how to speak human languages, and hundreds of words were taught to several species, but not through rapid mapping. Rico was the first to prove this at the Max Planck Institute.

The owner of Rico contacted the institute claiming that his dog had learned 200 words by just pointing to objects and naming them. To show that Rico had used rapid mapping, some of his toys (ones he knew their names) were mixed with new objects that were given new names.

A few weeks later, Rico remembered the names of the objects without practicing the skill. He was able to recognize replicas, photos or images of the named objects.

This research is being continued and it’s been possible for different dogs to learn up to 1,000 words. Therefore, Oreo and Rico probably don’t have any special abilities that differ from the rest of the species.

Another experiment was done to check if dogs have the ability to perform the exclusion principle. A dog is shown there’s no food and they have to realize that the food is on the other side. It has also been proven that dogs are able to use inference on objects that you can see and others you don’t.

Another interesting example is Phillip, a dog trained by Joseph Topel. Instead of training the animal by repetition and trial/error, Joseph trained Phillip by using a new command. “Do as I do.” Phillip was able to perform the new tasks immediately through intimidation.

A dog’s social skills are enhanced through these types of experiments. Therefore, these animals are much smarter than what we think, and that some of their cognitive skills outperform cetaceans or apes. Isn’t that amazing?