Scientific Curiosities About Your Dog

One of the scientific curiosities about dogs is that they are able to perceive the state of mind of both their owners and strangers. 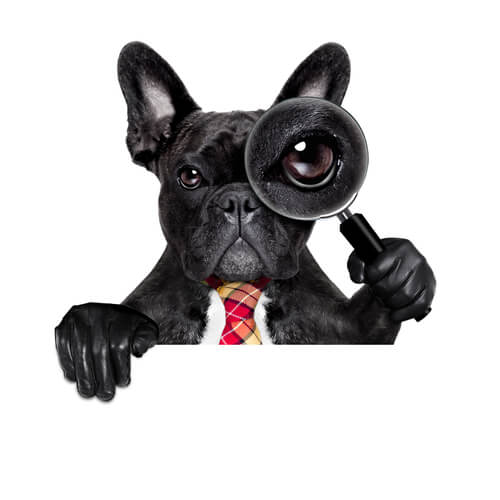 There are many common beliefs about man and their dogs, but this has also aroused the curiosity of scientists. Usually, people have heard that dogs can sense when their owners are sad or sick and can even predict pregnancy.  However, what do scientists say about them? Let’s take a look at some scientific curiosities about your dog.

Most dog owners feel that their dogs know when they’re sad and need their company. Due to this behavior, numerous researchers have verified the ability dogs have to perceive human moods.

The University of Sao Paulo and the University of Lincoln have developed an interesting experiment. First, they selected several dogs of different breeds — including mixed-breeds — and ages. Then, they observed their reactions to several people with different moods.

The most interesting thing is that these dogs were not previously familiar with the participants. Instead, they were just exposed to them on different occasions. The conclusions show that dogs are capable of interpreting human moods.

The outcome also indicates that this may be characteristic of the species, probably developed over the centuries of living alongside humans. Therefore, besides their owners, dogs can also perceive the moods of strangers.

The most probable explanation lies in their ability to “read” human facial expressions, postures, and actions. Dogs communicate mostly through body language. Therefore, they can perceive our moods, even if we don’t say a word.

1. Their “fingerprints” are on their noses

Just as we have our fingerprints, dogs have a natural and unique “impression” on their noses. Each dog is born with unique “markings” on their noses. Even though this type of impression expresses the identity of the animal, it can’t be used as a method of identification (like a microchip).

2. They can identify more than 100 words (and signals)

For many years, people believed that canine obedience was based primarily on understanding voice intonations. However, recent studies from the University of British Columbia show that dogs can distinguish more than 160 words. Some breeds, like border collies, are able to understand 200 words.

Many experts also say that dogs easily distinguish signals and voice intonations.  Among other things, this is because they have areas of the brain that are similar to ours. Therefore, it’s important to use body language and careful with the tone of voice you use when training dogs.

3. Our love for them is similar to that of a mother towards her child

Another one of these scientific curiosities about dogs is that they’re the only mammals — along with Tasmanian devils — that develop communicable cancer. This is a type of malignant tumor that can be contagious during mating. It can affect both mixed-breed and purebred dogs.

This serious disease needs to be diagnosed at an early stage to perform an effective treatment. The advanced symptoms can cause deformation of the genitals and serious harm to the animal’s overall health. Therefore, it’s necessary to always remember to use proper preventive medicine.

5. There are also pessimistic dogs

A recent study that was published in the journal Current Biology notes that some dogs have a natural tendency to pessimism. That is, there are naturally more happy and positive breeds. However, others show a tendency to be more sad or ill-tempered.

Therefore, genetics play an important role in the personality and behavior of each dog. You should always remember that training and socialization also determine a dog’s behavior.

Currently, many scientific curiosities can help you understand your dog better. Now, it’s important to emphasize that each dog is a unique individual that has their own qualities that make up their personality.