The Characteristics and Care of the Bullmastiff

The Bullmastiff is an affectionate breed with the family, but distrustful of strangers. It's important to know about the characteristics and care of the Bullmastiff before acquiring one as a pet. 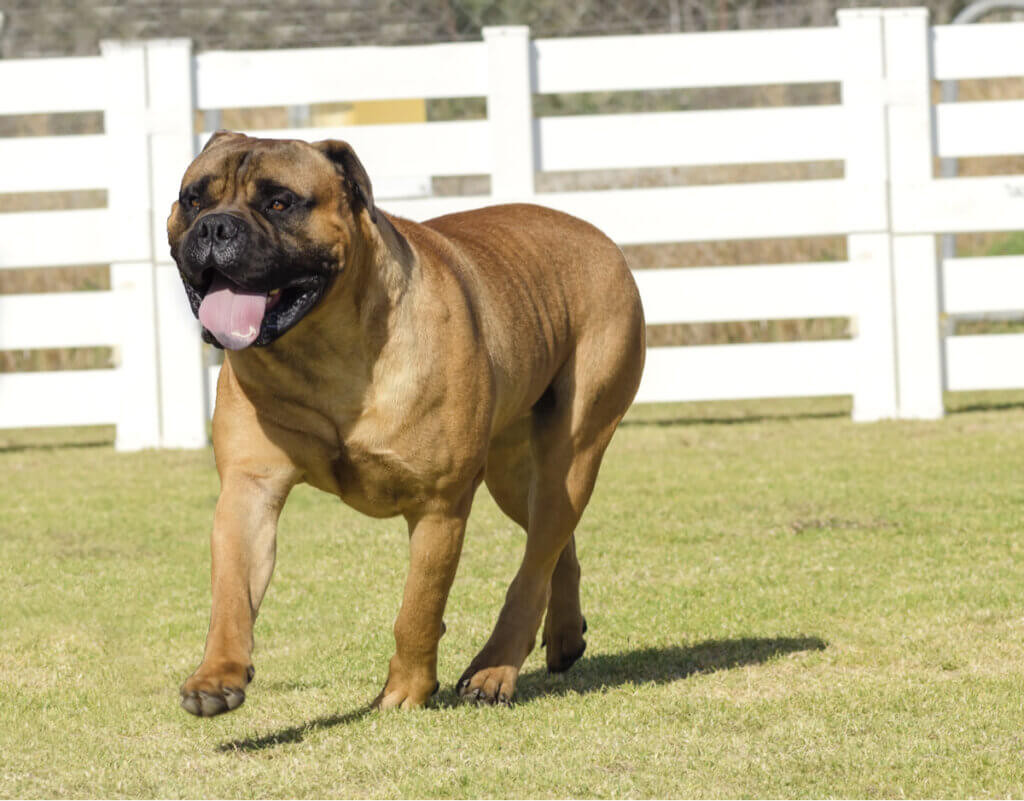 The Bullmastiff is a dog breed of English origin, created at the end of the 19th century. This striking variant of domestic dog comes from the crossbreeding of the old English Mastiff and the Bulldog, as its name suggests. It’s a large, strong, and intelligent dog, but, at the same time, it’s sweet and affectionate with all members of the family. Like any other dog, it needs basic education and training to get along well with and live alongside humans. Here, we’ll tell you everything you need to know about the care of the Bullmastiff.

The Bullmastiff, a guard dog

This breed has always been used as a guard dog. This is because it used to live with the rangers of the country estates, and they helped them to catch poachers. The Bullmastiff is a large dog, about 26 inches tall and weighing about 110 pounds. Males can reach up to about 130 pounds.

It has a strong and robust constitution, of symmetrical proportions. It has a broad and deep chest and a short and straight back that gives it a compact appearance. The tail is straight with a high setting, broad at the base and thinner at the tip.

As for the head of this dog, it’s wide and has a short muzzle, with folds, and hazel eyes. Its small ears fold in a “v” shape and are darker in color than the rest of the body.

Its coat can be brindle, fawn, or red – usually in light shades. It has a black mask that’s characteristic of the breed and may sometimes have a white spot on the chest. The coat is short and hard to the touch, smooth and close to the body – it sheds lightly and is very easy to maintain.

Affectionate with the family, but wary of strangers

The Bullmastiff is an intelligent and observant dog that’s affectionate with all members of the family. However, it’s wary of strangers, and its calm and sweet attitude can change in the presence of people it doesn’t know. It’s a brave, alert, and faithful dog that’s active and it has great endurance.

Good socialization, moderate exercise, and training are three basic aspects to life with this breed in the family. If the puppy has exposure to all kinds of people and situations, it may be less distrustful with visitors and people it doesn’t know as an adult.

The Bullmastiff isn’t considered a potentially dangerous breed, despite its appearance. However, it’s best to offer it a good education to avoid problems with aggressiveness towards strangers.

The most common diseases of the Bullmastiff

The life expectancy of Bullmastiffs is between 8 and 10 years of age on average. It’s a healthy breed in general, but certain diseases having to do with its genetics may appear. Having said that, the most common diseases of this breed are the following:

One of the main objectives of its breeders is to reduce the frequency in which these diseases occur. However, the fact that these are the most common pathologies in the Bullmastiff doesn’t mean that they’re always going to suffer from them. Many of them can be prevented with good care and proper feeding.

The care of the bullmastiff: Tips

As we’ve already mentioned, proper socialization is essential in order to avoid behavioral problems associated with its guardian instinct. We offer the following tips to keep your Bullmastiff happy and healthy:


As you can see, the care of the Bullmastiff is essential. It’s an excellent companion dog, but certain considerations must be taken into account before getting one.
English Bulldog: All About this Breed
The English Bulldog breed originated in the United Kingdom. They were the stars of dog fights (a practice fortunately banned since 1835). Read more »
Link copied!
Interesting Articles
Dogs
Pug Dog Breed, the Best Dog for You