The Most Intelligent Dog Breeds 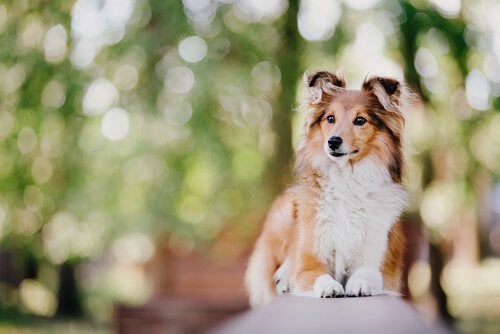 All dogs are capable of making people fall in love with them with just a tender gaze. However, the most intelligent dog breeds can do much more than just fetch a ball or bring their owners a shoe.

In fact, many dogs even have professions. Some are police dogs, actors, circus dogs, guide dogs, and therapist dogs. It’s not by chance that certain breeds are preferred for certain jobs. It’s due to their ability to learn and respond to each command. With that being said, you can find out how to rank the abilities of the world’s most intelligent dog breeds.

How to rank canine intelligence?

Whenever you want to rank something, setting parameters are a must because that’s the only way to compare test results. The main dog intelligence rankings are based on the work of Stanley Coren. Coren developed a survey to evaluate the obedience and work abilities of more than 130 dog breeds.

With the help of nearly 230 U.S. obedience testing specialists, Coren summarized the survey results on a table. That’s how he identified and characterized the most intelligent dog breeds.

His best-selling book, “The Intelligence of Dogs” show these studies. Coren organized the top 80 best ranking dog breeds into 6 large groups. The criterion was: “How many times do you have to give them a command until they can do it automatically?”

Which ones are the most intelligent dog breeds?

It’s important to clarify that the ranking is only based on the “obedience and work” criterion.

As if its black-and-white beauty isn’t enough, the Border Collie also ranks number one in intelligence.

This breed has an endless amount of energy while working. Their ability to learn and work, combined with their courage, makes the Border Collie a perfect herding dog. Collies can make excellent companion dogs because they are good with children. Don’t keep a Border Collie in an enclosed environment.

Poodles are easy to train and very obedient dogs. Their ability to easily learn tricks made them very popular circus dogs. They love being petted and have a lot of energy during playtime. Another advantage of the poodle is its demeanor and social adaptability skills. This makes it an excellent dog for big cities.

Internationally, they’re known as “police dogs”. The German Shepherd is one of the most affectionate and intelligent breeds worldwide. Their physical endurance, imposing demeanor, and loyalty have made it possible for this breed to work alongside the armed forces.

The Golden Retriever is a classic good-natured dog with tough and shiny fur. It’s the perfect dog for adults and children due to its nice, sympathetic, playful and patient nature.
Its impressive learning skills has made this breed a multifunctional worker. Golden Retrievers are used in social integration programs for autistic children, drug detection, risky rescues and many other activities.

This breed stands out for its speed to memorize and obey orders. The Doberman, as well as the American Pit Bull, are victims of false advertisement regarding their personality. In reality, they are intelligent, energetic and affectionate dogs. Unfortunately, their “violent reputation” stems from their use as guard dogs on plantations and farms.

This breed, originating from Scotland, was never popular in the rest of the world. In fact, few people have ever heard about this breed. However, it has a very high intelligence score. The Shetland Sheepdog’s temperament also makes it an excellent guard dog or companion dog.

The Labrador is one of the most popular breeds in the world. It’s also one of the most obedient. The Labrador acts like a puppy forever. Therefore, it’s the perfect family dog which has one of the most tender gazes in the animal kingdom.
It was historically used to hunt waterfowl. That’s why it’s an excellent swimmer. Furthermore, its intellectual capacity and extreme loyalty allows it to do more complex jobs, such as detecting bombs and drugs.
A dog’s intelligence depends mainly on a good training. It’s important to note that positive reinforcement is always the best way to teach a dog. Likewise, this rule is also good for humans. Violence inhibits the ability to learn.
Link copied!
Interesting Articles
Dogs
The Tosa Inu: A Perfect Mix of Europe and Asia