This breed of dog has always been linked to the hunting world. But, this medium-sized dog is very friendly and a great companion. 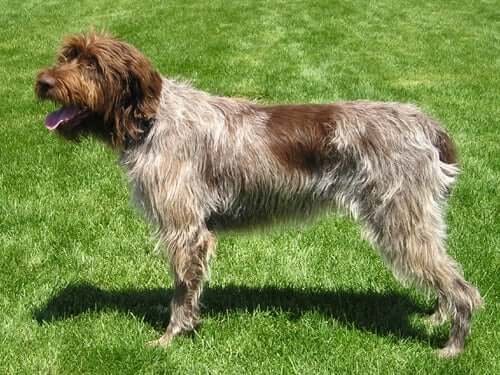 The wirehaired pointing griffon is a continental show dog that originates in France. In this article, we’ll discuss its origin, physical appearance, character, as well as giving some advice.

Origin of the wirehaired pointing griffon

The wirehaired pointing griffon, or Korthals griffon belongs to a group of griffons. These breeds are mostly linked to hunting activity. They have a coat of wiry hair that makes them look like a griffon, a mythological animal with the body of a lion and head of an eagle.

There are three subgroups of griffons: pointing griffons, hounds and companion dogs, among them the Brussels griffon.

The Korthals Griffon is an ancient breed that was bred and defined during the first decade of the 19th century by Eduard Karel Korthals, a Dutch hunter that gave the breed its name. Although the ancestors of this griffon are Dutch, the Fédération Cynologique Internationale (FCI) entertains the idea that this breed originated in France, where it was first bred.

According to the official breed standard, published in May 1964, the Korthals griffon is a robust and rural medium-sized dog.

It’s longer than it is tall, with a slender neck and no jowls and has a relatively small head with a rectangular nose. It has amber or brown eyes and very thick eyebrows which protect them from brambles.

Its whiskers and beard are also prominent and cover most of the face, giving them a firm and confident expression. It has medium-sized, flat ears that are attached to the face. They sit at eye level and have a mixture of short and long hairs.

Males measure 22 to 24 inches in height, and the females 20 to 22 inches. They’re well proportioned as they have broad but not wide chests, and strong backs.

The breed standard states that its coat must be hard and rough, like a wild boar, but not curly or woolly. Under its wiry outer layer of fur, it has a layer of fine hair, which helps to protect them from the continent’s extreme cold climates.

They are a range of different colors, from steel grey with brown spots, uniformly brown to white and brown or white and orange.

Like most show dogs, the wirehaired pointing griffon is tame, although they can sometimes be proud and arrogant. They’re very loyal to their owner and can sometimes be territorial, and, therefore, protective. They’re also very playful and are great with children.

Care and health of the wirehaired pointing griffon

The Korthals griffon is generally a healthy breed and rarely get ill, as long as they have a well-balanced diet and get plenty of exercise. Breeders suggest having a large garden or a nearby park so they have plenty of space to blow off steam. Apartments aren’t suitable.

They can be prone to skin diseases if they live in cities. Therefore, they need to be well-groomed with a hard brush, especially during molting seasons. 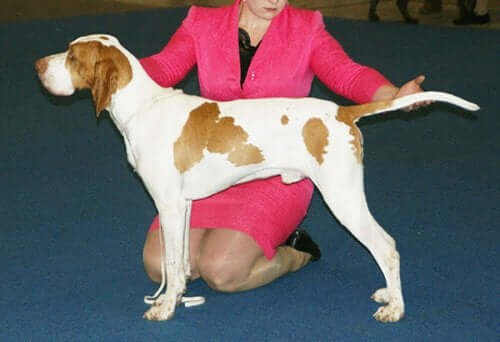 Meet the Ariege Pointer: A Hunter Dog
This is a dog breed that isn't very well known even in its own country of origin. We're referring to the Ariege Pointer, a great hunter dog. Learn more! Read more »
Interesting Articles