True or False? Discover some Common Myths about Dogs

Does a dry nose mean your dog is sick? Do dogs see in black and white? Test your knowledge and find out if many common myths about dogs are true or not in this article. 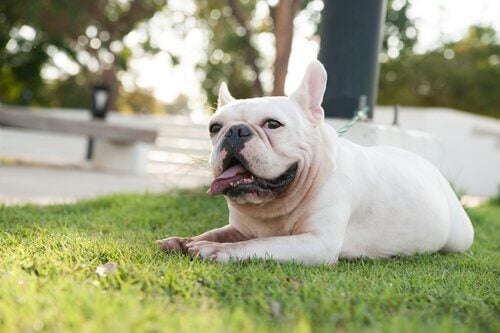 Do you believe everything you hear? Some tend to believe what others say if many people say the same thing. With dogs, the same thing can happen. You might have heard certain ideas about dogs, but haven’t checked up on them to find out if they’re true or not. Today, let’s see if some common myths about dogs are true or false.

A dry nose means your dog is sick – false

Despite the fact that many people believe that a dry nose is a sign of something wrong with their dog, that’s absolutely not true. You’ve probably touched your dog’s nose a few times when you’ve seen that it’s lost its appetite, or is looking a bit off color.

Believing that if a dog’s nose is dry then it must have a fever, is another urban myth about dogs. If you think your dog is sick, the best thing to do would be to take it to see the vet.

It’s true that dog saliva has a certain compound that helps healing. However, you shouldn’t think that a wound (yours or your dog’s) has been cured just because your dog has licked it.

In the case of open wounds, sometimes licking them can make them worse. Many dogs can lick their wound so much that they make the wound stay wet and open. This, of course, doesn’t help healing at all.

Dogs eat grass because they are sick – not necessarily

Dogs that eat grass aren’t necessarily sick. Although it’s true that grass can serve as a purgative, and dogs know that, they don’t always use it as such. There are some dogs that just like to eat grass.

Common myths: Female dogs shouldn’t have puppies before being sterilized

There is a common belief that female dogs should have puppies at least once before they get sterilized, to be able to stay healthy. This myth is based on the fact that women can only have their tubes tied once they have a child.

We need to remember that dogs and humans are different. In the case of dogs, it’s not necessary for a female dog to become a mother before you sterilize it. What is certainly true is that sterilization can prevent big problems!

Although it depends a lot on the specific animal or breed in question, as a general rule purebred dogs do tend to be healthier, live longer and have fewer health problems than a dog that’s a mixed breed.

Although having said that, it’s also true that there are certain breeds that are more inclined towards certain genetic diseases.

This is one of the most deep-rooted myths about dogs. Dogs can see colors and can tell the difference between colors that are quite different, such as between blue and yellow for example. However, they can’t distinguish between similar colors, such as between red and pink for instance.

This claim is false. In many of our articles, you can find suggestions for eliminating and combating fleas. Garlic has never been among these different remedies for one simple reason: it doesn’t work at all.

In fact, its smell and intensity could even be harmful to your pet. You should try other alternatives.

A dog’s mouth is cleaner than a human mouth – false

This is a myth that has been created by those who love their dogs excessively. They want to find excuses for the fact that they let themselves be licked by their dogs.

However, this is a false belief. A dog’s mouth can be full of many different kinds of bacteria that can make people sick.

One human year is worth seven dog years – false

This is a common belief, even held by those who aren’t particularly animal lovers. Each dog lives for a certain number of years, and we just need to accept the fact that we aren’t the same as dogs, instead of wasting time making calculations that we don’t even know are true or not.

Dog Bones – Are They Safe for Your Pet?
Let's look at the dangers of dog bones, so you can make an informed decision. That way, if you decide to give them to your dog, you'll know which are best. Read more »
Link copied!
Interesting Articles
Dogs
The Bergamasco Shepherd Dog Breed of the Italian Alps