Working dog breeds aren't merely pets, but they also learn and perform tasks to assist and/or entertain their human companions. 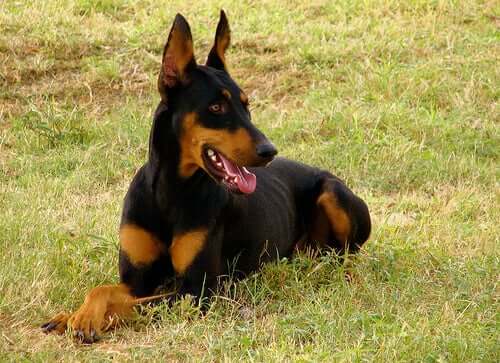 Working dog breeds are trained dogs that learned to do specific tasks and we’re going to talk about them in this article.

What are the jobs of working dog breeds

Just because we call them working dogs doesn’t mean they can drive a vehicle and deliver pizza. The types of tasks assigned to them are in accord with their personalities, temperament, and physical characteristics. These dogs receive training in order to carry out very specific tasks, and the most frequent are:

The type of job depends on the type of dogs as well as their individual characteristics. Here are six of the most common working dog breeds:

This dog is fast and strong, and often pull sleds in groups of the same breed. They’re quite capable of pulling a 45 lbs load of weight for about 40 miles without getting tired or stopping. The Alaskan Malamute has a thick coat that helps them withstand extreme weather conditions. In some parts of the world, they refer to them as “the locomotive of the Arctic.”

Humans use these dogs for various tasks because of the animal’s need for constant activity. For example, Bernese Mountain dogs help with all sorts of mountain activities such as search and rescue, and they also help to keep sheep flocks safe in the field. They’re even great at pulling sleds.

3. Dobermans are a hard-working dog breed

These dogs have an unfair reputation for violence, but they’re not a violent breed. The few cases you’ve heard on the news happened because of the bad training they would have received. This is one of the breeds Police and Army forces like the most, due to their physical strength and well-balanced character.

This sturdy dog ​​was used in World War II as a load and traction animal due to their robustness. But, they have worked as “war dogs” since ancient times with the Greeks, Phoenicians, and Romans. They’re quite talented as sheepdogs.

5. Saint Bernards are one of the best working dog breeds

When we think of a working dog, this gentle giant is certainly one of the first to come to our mind. A tireless animal, with a super cute barrel hanging around their neck, the popularity of this dog came about when the monks of the Great St Bernard Hospice (hence the name) in Switzerland used them to rescue travelers who got lost in the snow.

This one is a shepherding breed and, in addition, many consider them to be the smartest dogs in the world. (Most likely because of Lassie.) They’re great sheepdogs, in fact, people who work with them say they can control the sheep just by looking at them. They’ve been one of our best friends since the tenth century, and especially so with country farmers due to their tireless help with the herds. 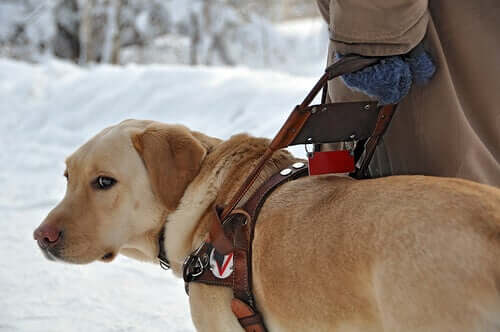 Everything You Need to Know About Guide Dogs
Guide dogs are a great example of what can be achieved when you combine natural canine intelligence with expert professional training. Read more »
Interesting Articles