Learn the Breeds and Sizes of Chickens

Read about chicken breeds that you probably never heard of 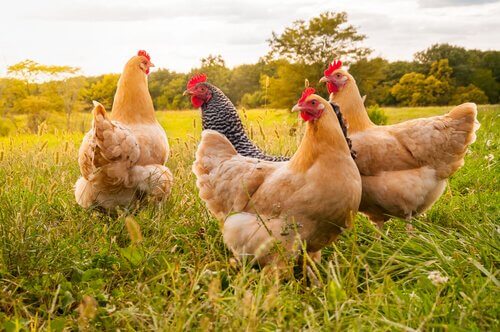 Today there are hundreds of breeds of these animals that are distributed throughout the continents, excluding the Antarctic.

Breeds and sizes of chickens: a brief overview

The expansion and diversification of chickens on a global level is principally due to the exploitation of its meat and eggs for human consumption. Read on to learn about the different types and sizes, organized according to recognized breeds.

Breeds of small and mini chickens

This is the miniature version of the Brahma chicken. Its breeders are English and German, but the origin of this chicken is Asian. Because of its success in Europe, many of them have adopted it as the basis for new European breeds.

Its body is round with a curved face and a curved head. It has red cheeks with very few feathers and its plumage can be different colors. The most famous is the white and mottled colored chicken.

This is a small chicken that, according to some experts, could be considered a midget. They are also internationally known as black silk chickens.

Its body is short and round, like its head, with soft feathers. Today, there are five known varieties of this breed, depending on the pattern of their feathers. Accordingly, they can be black, white, silver, blue as well as wild.

Also known as the Padovana, Padua chickens are a midget breed that originated in Great Britain. The original ones came from outside of Padua and were a large breed.

Originally, they were bred for their meat. Because of this, their original state wasn’t altered. Since this breed is very versatile and resistant to disease, it can adapt to many different climates and places. As a result, it’s existence is widespread.

Favorolles originated in France and they stand out for their large size and very docile temperament. Besides their very developed musculature, these birds also possess a lot of down and hanging feathers. Because of this, they appear to be even more robust.

One of the outstanding characteristics of this breed is its very beautiful plumage. Its colors are black, white and copper.

This breed from the United States is medium in size. These chickens are selective cross-breeds from Asian and Dominican breeds. In addition, they possibly have Spanish origins.

This is a rustic chicken that can have various tones in its feathers. These include black, white, reddish, speckled, etc. Additionally, many have beautiful silvery tones, yellows or greens that make them even more spectacular.

The Mos chicken is native to Galicia, Spain. It’s a very solid and robust animal with a wide and protruding breast. Its plumage stands out for its tones of orange and yellow.

In Spain it’s very common to find them on the poultry farms since they produce a large quantity of eggs and are very adaptable and can tolerate winters. The cold weather doesn’t interfere with their egg production.

It may surprise you to learn about the existence of all these different breeds and sizes of chickens. Maybe you’ll pay more attention to the next chicken you happen to see!