Millennials and Pets: an uncommon relationship

A true reality of newer generations is their tendency of confusing the responsibilities of parenting with taking care of a pet. 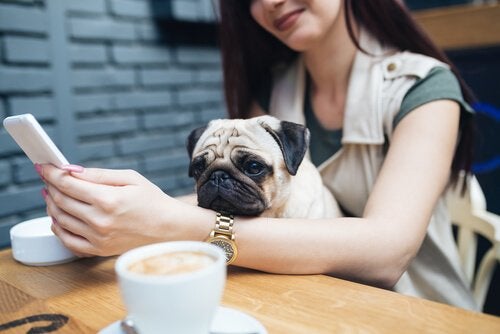 Millennial’s interest in becoming pet owners is reaching unexpected heights. Why has owning a pet become popular all of a sudden? What unites millennials and pets?

Millennials, “parents” of their pets

Apparently, millennials are replacing this lifeless object with their pets. According to a study conducted by the Gale agency, 44% of pet owners associate pet ownership as a way of finding out if they are ready to become parents. In many cases, there are several cases of owners adopting a parent-like attitude towards their pets.

It’s increasingly common to hear phrases directed towards pets on the street. For example, “good job, that’s what I like to see” or scolding them by saying, “haven’t I told you a thousand times not to do that?” These phrases — that are usually heard between parents and their children — are now being used by young people towards their dogs.

The market has come up with strategies to take advantage of this paternalistic trend and has responded by producing thousands of toys, prizes, accessories, and residences that make a huge amount of profits every year. Pets now graduate from their training schools (with their class photo) and wear Christmas sweaters. They even have their own birthday cakes.

Consequences of this new relationship

The fact that millennials’ attention now focuses a lot more on their pets is now happening worldwide, despite the tight financial situation many people live.

According to The Washington Post, there has been a steady decline of younger people interested in buying a house, car or have children. However, the number of millennials choosing to get a pet has not decreased at all.

The harsh financial situation many young people face today is partially responsible for this change. They travel, change jobs more than previous generations and prefer to have fewer long-term responsibilities, mostly due to the uncertainty that governs their lives.

The fact that they prefer to have a dog or cat at home isn’t the only consequence of this trend. Millennials and their pets are also responsible for the movement of animals rights.  This has certainly become apparent in the world of politics.

In Spain, there is a party that represents animals known as PACMA, that’s constantly growing. Although it still doesn’t have any institutional representatives, it obtained 286,702 votes during the last elections. Fortunately, it’s expected to have an increased number of voters during the next elections.

PACMA voters have been increases due to the fact that it still hasn’t won any position in government. However, people are still optimistic.

In the United Staes, the pet industry is responsible for a 63 billion dollar of profit. Paradoxically, 76% of millennials in this country admit “wasting” money when shopping for their pets. They even spend more money on their pets than on themselves.

Even though this is good for the pet industry, people should keep in mind that their pets aren’t children. They don’t understand when they are complimented or scolded (they probably even ignore their owner when they are) and they can’t replace the affection of an actual person.