The Glen of Imaal Terrier

The Glen of Imaal terrier is one of the rarest breeds in the world. Few outside Britain have ever heard of it. It’s a fairly robust Irish working-dog despite its small size. 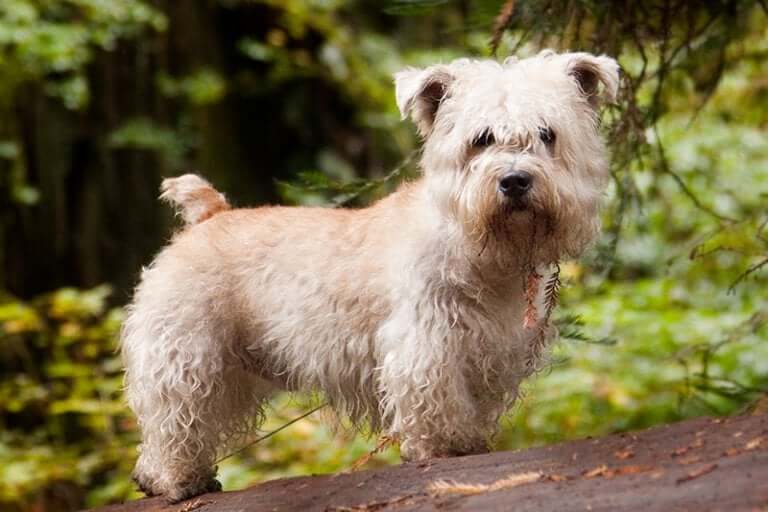 Also called the Wicklow Terrier, or simply Glen, it’s native to the region of Glen of Imaal, near Dublin, in the Republic of Ireland. Today, Glen of Imaal is a military region where this dog breed is no longer seen.

They first appeared in history during the 16th century when Hessian mercenaries settled in the region. They brought their short dogs with them and bred them with native Irish terriers, creating this small and robust breed capable of adapting to all kinds of work.

The Glen of Imaal was created to hunt vermin such as foxes, badgers and otters, although it’s also good at hunting rats according to some records. One of the most remarkable traits of these canines is how quiet they can be, since they only bark for very specific reasons.

Curiously, these dogs have a very low birth rate due to the restricted nature of their species. There are only about 300 births per year. In fact, in 2003 only 26 puppies were registered worldwide.

The Glen of Imaal terrier is quite peculiar looking. It has an elongated body, similar to a dachshund, short legs and a large head. However, despite its appearance, it’s a very robust dog that adapts well to its surroundings.

The Glen of Imaal terrier is an obedient and intelligent dog with the indispensable qualities of hunting dogs like this one. Similarly, they have quite a calm character and are friendly with humans.

While working, this dog is brave and tenacious, with a natural stealth to ambush its prey. They’re also quite good at digging, since their prey usually hide in burrows

Glen of Imaal terriers are very friendly and have a great temperament, making them a great family pet. They’re also patient with children but can be reserved and cautious around strangers. They can even be stubborn and territorial around other dogs.

Additionally, they prefer the countryside. However, they do adapt well to urban environments, as they’re small, as long as they get the necessary exercise and freedom.

To avoid unwanted behavior, the Glen of Imaal terrier needs to be trained from a puppy with basic obedience exercises. That way, you can take advantage of its natural intelligence. Physical exercises are also essential to drain their energy, otherwise they become very hyperactive

The best way to train these dogs is by practicing agility training, which will help to train them in several areas. Talent shows are also perfect for bringing out the potential of this breed.

The Glen of Imaal terrier has exceptional health, which even amazes veterinarians all over the world. The selective breeding of these dogs in past centuries has given it a resistance to disease.

But all breeds have their weaknesses, and these terriers are no exception. A couple of the most common illnesses are deterioration of spinal discs, common in short dogs. And retinal atrophy, which is known to be genetic.

The good news is that these illnesses are hereditary, and there are few recorded cases. However, they can become overweight if their diet isn’t controlled.

As far as care is concerned, these dogs require minimal maintenance, nothing more than brushing, keeping their skin clean and checking for external parasites to keep their coat in good condition. It never hurts to schedule regular checkups with the vet.