10 Surprising Things That Could Poison Your Dog 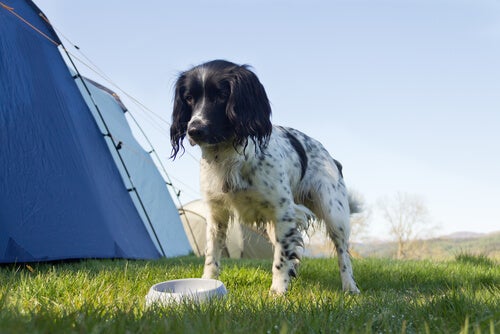 Dogs are, by their natures, very curious creatures. This even goes to the extent that they sometimes end up risking their lives simply by following their hyper-sensitive noses. They use these noses and their mouths to evaluate everything they come across. But, some of these substances can actually poison your dog.

Chocolate can poison your dog

Although it is a delicious elixir for many humans, chocolate is something we should never share with our canine friends. Chocolate contains a substance called theobromine. It’s an alkaloid that is obtained from the cocoa plant. Theobromine stimulates the central nervous system. Additionally, it causes dilation of the bronchioles and has a number of different effects on the cardiovascular system. Dogs’ bodies aren’t able to eliminate theobromine easily. And, this is why it is toxic for them.

Chocolate, then, is a substance that can be dangerous even in small doses. It is said that even in the smallest amounts, chocolate and associated products can be fatal for our four-legged friends.

Of the various kinds of chocolate, dark chocolate is the one that contains the highest concentration of theobromine. Basically, it has much higher levels than those contained in milk chocolate.

Maybe you’re looking for an alternative. Well, there is another product which has similar properties to chocolate. It is much less harmful and much better processed by dogs’ bodies. Finally, the product is carob. It’s much easier to process. And, carob also has a number of great properties that are actually beneficial for dogs. For instance, it helps to regulate intestinal transit, delays the animal’s aging, delivers a great energy boost, strengthens the eyes and improves memory.

Paracetamol and other pain relievers can be toxic

This medicine, which is so beneficial to us humans, is actually extremely harmful for our dogs. This analgesic damages the liver and the red blood cells of canines. The consequence is that a dog who ingests a poisonous dose of paracetamol can die from hepatic necrosis. And a very small dose of this product can poison your dog.  In fact, some experts say that just two tablets of the drug can fatally poison your dog.

Detergents and fabric softeners can be very toxic if our dog manages to ingest them. Fabric softeners are the more harmful of the pair, because they contain cationic substances. Symptoms of poisoning include hypersalivation (drooling), lethargy, vomiting, burns to the mouth, seizures, shock and coma.

Certain mouth rinses contain boric acid, which is highly toxic for dogs. A number of other common household products also include this substance, including solutions for cleaning glasses and contact lenses, as well as products for sanitizing dentures.

Antifreeze is a very toxic substance for our dogs. In fact, every year large numbers of pet dogs sadly die due to antifreeze poisoning. And unfortunately, many types of commercially-available antifreeze have an odor and flavor that is very attractive to dogs, so it’s not uncommon for them to be keen to try it. However, the ethylene glycol contained in such products seriously damages dogs’ kidney function, and will cause serious symptoms such as seizures, vomiting and lethargy.

Like detergents and fabric softeners, bleaching agents contain chlorine, and are therefore highly toxic to our furry friends. Some of the early warning signs of bleach poisoning are vomiting, drooling and abdominal pain.

The seeds of certain fruits are very harmful to dogs, some because they pose a choking risk, and others because they are actively toxic for dogs’ bodies.

The evolution process of dogs did not leave them adapted to ingesting seeds, so their digestive system is often unable to process them in a healthy way.

As is the case with fruit seeds, some ornamental plants are toxic to dogs and other domestic pets. The symptoms that result from poisoning by these plants will be very different depending on the precise species ingested, but in general they include vomiting and effects on the central nervous system.

Ibuprofen has an effect on dogs similar to that of paracetamol. This excellent anti-inflammatory that produces so many benefits for humans is highly toxic to dogs in any dose over 5 milligrams per kilo of body weight. According to this, one tablet of ibuprofen for adults (600 milligrams) would be deadly for a small dog.

There are many antidepressant medications used by humans to great effect that have a very toxic effect on canines. In particular, they affect the dog’s nervous system, as well as the health and functioning of its kidneys and liver.