Toxic Foods for Dogs: What Should I Avoid?

Do you know which foods are toxic for your dog? 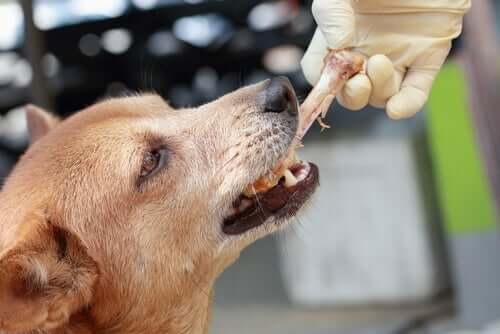 Whether you feed your dog natural food or treats that aren’t really meant for dogs, it’s important to know which foods are toxic foods for dogs. Dogs can tolerate a wide range of different foods, but there are still some that are harmful to them.

In most cases, a small amount of these products won’t have any visible effect. But higher doses can lead to indigestion, and some compounds can lead to death if their stomach isn’t pumped quickly.

In this article, we’ll share some of the toxic foods for dogs so that you know what to avoid.

In small quantities, these substances won’t do much harm, but a lethal dose is not very high. In fact, giving an ounce of pure dark chocolate to a small dog could cause irreversible damage.

Some symptoms of food poisoning include seizures, tremors, diarrhea, and incontinence.

Garlic (allium sativum) and onion (allium cepa) are part of the Amaryllidaceae family and both can cause hemolytic anemia. Unline nonhemolytic anemia (caused by an iron deficiency), this syndrome causes the destruction of red blood cells, lowering their concentration in the blood.

If a dog eats a little garlic or onion every now and again, it’s not going to be a problem. The problem comes when a dog eats these foods every day and in high quantities.

Avocado contains a substance that is toxic to many animals called persin. Dogs and cats actually seem to be unaffected by this substance. The real danger is that your dog might swallow the stone and this could obstruct their digestive system.

There is also, however, the possibility that your dog may suffer from pancreatitis because of the high fat content in avocados.

Macadamia nuts are one of the toxic foods for dogs and they can be life-threatening if food poisoning symptoms aren’t treated.

Cherries are the fruits borne by shrubs and trees of the genus Prunus. Something they all have in common is that they’re rich in cyanogenic glucosides. All parts of the plant, except for the flesh around the stone, are toxic since they contain a high concentration of cyanide.

Cyanide stops the body from being able to transport oxygen properly, leading to symptoms such as:

Raw bones are highly beneficial for dogs. As well as providing high-value nutrients, they also help prevent the appearance of tartar and can even eliminate it. They’re also fun entertainment as they spend hours chewing on them.

However, cooked bones will have lost their natural collagen. This makes them potentially dangerous as they can splinter and get stuck in the digestive tract, causing serious damage. It can even be fatal.

Other toxic foods for dogs

There are many other toxic foods for dogs which can be life-threatening. They include:

Health Alert: 8 Christmas Food Hazards for Dogs
In this article, we're going to tell you about 8 Christmas food hazards for dogs, because some of them are things you probably don't even know about! Read more »
Link copied!
Interesting Articles
Care and Well-being
Is Wearing Clothes Comfortable for Dogs?