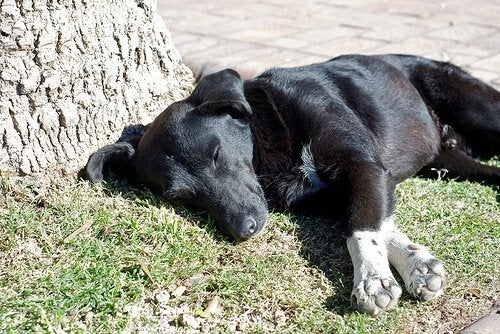 Stomach twisting, or gastric torsion syndrome, is a serious condition that occurs in some pets, especially dogs, and cows. Gastric torsion can be life-threatening if not treated quickly, so it’s important to keep an eye out for any of these symptoms in your dog. In this article, we’ll tell you everything you need to know about this silent killer.

What is gastric torsion in dogs and why does it happen?

No one is sure what exactly causes this deadly condition, but most physicians think that it comes from the accumulation of gas in the stomach. Ligaments in the stomach stretch and twist when there’s lots of inflammation and gas, and they may ultimately not be able to hold the stomach in its normal spot. The weight of the spleen (which is located next to the stomach) makes the dog’s intestines twist.

When the intestines get twisted, the body’s blood supply collapses and cuts off blood flow to the arteries and veins that run through the stomach. The dog’s blood can’t reach vital organs to oxygenate them, including the heart. This lack of blood supply can cause cardiac arrhythmia and, ultimately, send the dog into fatal shock.

This somewhat graphic explanation should help you understand why you should pay attention to what’s going on with your dog’s stomach. Some of the main causes of gastric torsion are:

1. Eating large quantities at once

If your dog eats voraciously or drinks liquid quickly, he is more likely to suffer from stomach twisting. Gastric torsion is also more common in dogs that scarf down the food of all the pets in the house after gobbling up their own. Make sure that your dog doesn’t eat too much food right after exercising either, as this can cause stomach issues as well.

Elderly dogs are vulnerable to gastric torsion, especially if they can’t pass gas correctly due to stomach issues. If you know that a dog in your dog’s family had gastric torsion, keep a closer eye on your pet because genetics do play a role.

Changes in your dog’s routine — like moving to another house, their owner traveling a lot, spending a long time alone, or a family member dying — can make him eat more and be more likely to get gastric torsion.

While any dog could experience gastric torsion, some breeds are more vulnerable. Pay special attention if your dog has a deep chest and distended stomach, if he’s from a typically large breed, or is in the Molosser category. The following breeds are more likely to get gastric torsion: Dobermans, Chow Chows, German Shepherds, Greyhounds, Dalmatians, Saint Bernards, Weimaraners and Boxers.

When you see several of these symptoms at once, go to the vet immediately:

Once your realize that your dog might have gastric torsion, take him as soon as possible to the veterinarian. And try not to move him too much; make sure he’s comfortable during the ride. Your vet will x-ray his stomach to see if the hole that connects the stomach with the intestine has been displaced.

The vet will then give your dog antibiotics and fluids intravenously and extract the contents of his stomach using a tube. Finally, the veterinarian will surgically reattach the stomach to the abdominal wall to avoid future twisting. If the dog survives, the next 48 hours will be critical to make sure he’s alright.

What are some steps to prevent gastric torsion?

To prevent your pet from suffering from gastric torsion, we recommend that you: