Is Vitamin C Essential for Dogs?

Vitamin C is a powerful antioxidant in dogs, and can help to combat conditions that cause oxidative stress. We'll tell you everything you need to know in this article. 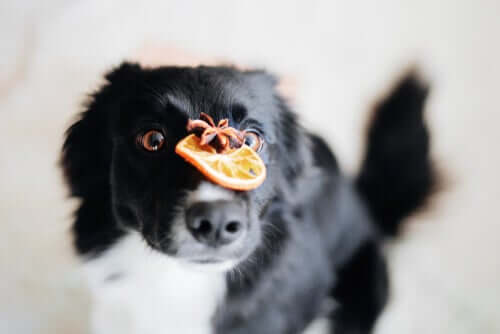 Unlike humans, dogs can produce Vitamin C (ascorbic acid) in their bodies. Thanks to this ability, most canine nutritionists agree that dogs don’t need Vitamin C supplements in their diet.

Until recently, it was rare for pet food manufacturers to add Vitamin C to their products. In some cases, it was added to act as a preservative, rather than for its nutritional value.

Effects and benefits of vitamin C

In the body, ascorbic acid acts as an antioxidant. Oxidation is a chemical reaction in which oxygen combines with another substance.

Oxidative metabolism converts calories into energy. So, when the body “burns energy” it produces both heat and energy, which the body needs to function.

However, too much or too little oxygen in the system can create toxic by-products, known as free radicals. These radicals can damage cell structures, alter the immune response and even change DNA sequences.

This is where Vitamin C comes in. It acts as an oxygen interceptor, and eliminates free radicals. In doing so, it protects the cells from the destruction and alterations caused by oxidation.

Ascorbic acid is a restorative substance which prevents the degeneration of collagen and other body tissues. It does this by working with other vitamins and minerals that protect the body and its systems.

Clinical use of Vitamin C in dogs

More than 50 years ago, two studies established the therapeutic benefits of ascorbic acid in dogs with canine distemper.

Belfield (1967) described the effects of intravenous Vitamin C over the course of 3 days. His study was carried out on a group of 10 dogs.

Leveque (1969) showed that Vitamin C treatment was essential in the recovery of dogs suffering from conditions which affected the central nervous system. This study was carried out on a group of 16 dogs.

There have also been a number of studies on dogs suffering from burns. One of these proved that administering Vitamin C decreased oxidative stress. Plus, it also decreased microvascular loss of proteins and liquids (Matsuda 1993).

More recently, treatment with Vitamin C in dogs has been effective in treating a number of cardiac issues. Similarly, the vitamin was able to help combat oxidative stress and reduce episodes of tachycardia.

Because of its role in maintaining collagen health, ascorbic acid is also useful in slowing the progression of certain degenerative diseases. These include degenerative joint disease, hip dysplasia, and a number of spinal conditions (Hastings, 2004).

One interesting study reports on the effects of Vitamin C in dogs suffering from Canine Cognitive Dysfunction. This is a common problem in older dogs, and is similar to dementia or Alzheimer’s in humans. In these dogs, the vitamin was shown to reduce associated symptoms and slow down degeneration.

In most cases, ascorbic acid is safe for animals. However, we do know that excessive use of ascorbic acid can cause calcium deposits on the kidneys.

It can also cause gut inflammation and diarrhea if given in too high a dose. In rare cases, it can even cause anemia. Vitamin C can also interact with other prescription drugs such as cyclosporine, tetracycline, beta-blockers, loop diuretics, aspirin, and acetaminophen, among others.

Unfortunately, many dog owners simply don’t know if their pet is at risk of developing these calcium deposits. It goes without saying that you should avoid giving your pet ascorbic acid if they have a history of kidney stones.

Urine analysis tests can detect crystals and help identify pets that are at risk of kidney stones.

Moderation is the key

It’s important to consult with a vet and inform them of any changes you’re making to your dog’s diet. Remember to always ask their advice before giving your pet any new supplements.

When it comes to Vitamin C, how long you give it to them for will depend on the illness or disease you’re trying to treat. It’s important to monitor how your pet responds to this new supplement, and keep an eye out for any side effects.

In conclusion, although Vitamin C has great therapeutic benefits, it isn’t suitable for all pets. Remember, while you can buy ascorbic acid without a prescription, it is important to use the dosage given by your vet. 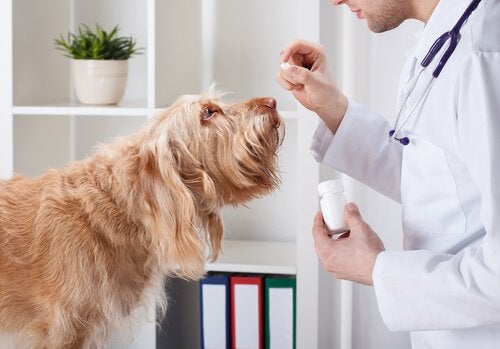 Should I Give My Dog Vitamins?
Vitamins are an important part of our diet and nutrition, but should you give your dog vitamins? If so, what kinds are safe for him? Read more »
Interesting Articles 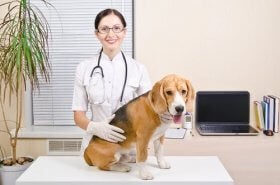 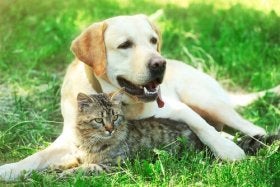 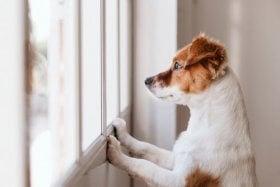 Health
Why Is My Dog Licking the Wall?

Understanding your dog’s behavior can be a real headache, especially when they do things which seem to be completely inexplicable. Rolling in the mud when they’ve just had a bath, chewing a sweaty sock, rummaging through the trash… maybe you… 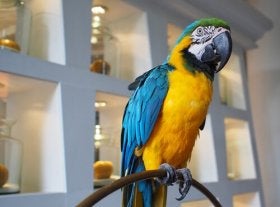 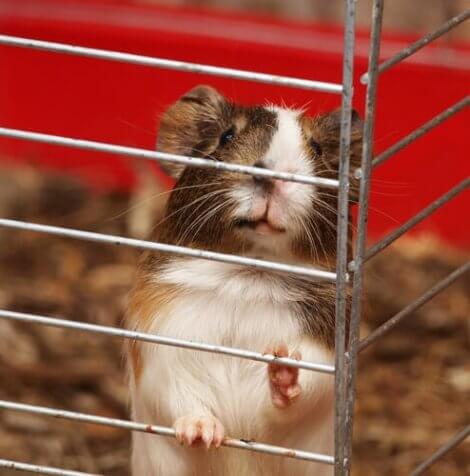 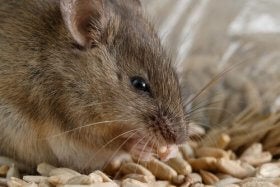