All You Need to Know About Canine Brucellosis

This pathology, while treatment is available, is a very serious issue. Canine brucellosis can produce infertility, the birth of week puppies, and even miscarriage. 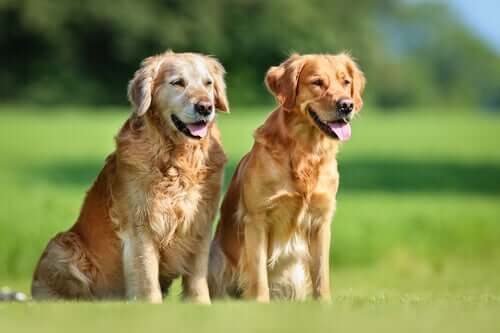 Having a pet is an incredibly gratifying experience. The very least we can do to return all of this unconditional love and companionship is to take care of our animal’s health. Those who own a dog should be aware of, and learn about, the most common illnesses that can affect our pets. One of these is canine brucellosis.

Canine brucellosis is an infection that can affect dogs, which is produced by a bacteria known as brucella canis. It produces atrophy of the testicles in males as well as epididymitis–the swelling of the testicular tubes that house developing sperm.

Another secondary illness is orchitis, or swelling of the testicles. These infections lead to sterility in male dogs. In bitches, it can cause miscarriage, fetal death, or the birth of very weak puppies. Canine brucellosis affects the reproductive apparatus both in males as well as females. And the dogs that contract this infection are at high risk of sterility.

How do dogs contract canine brucellosis?

The means of contagion are the digestive tract, mucous membrane, grazing of the skin, and while mating. Any dog – no matter what its breed, age, or sex – can contract this disease.

The symptoms of canine brucellosis

In the initial stages, this disease is difficult to detect, as it’s easy to confuse with any other illness. It can begin with fever, or any symptom of multiple pathologies.

Veterinarians and pet owners generally suspect the presence of canine brucellosis when a female suffers a miscarriage. As for males, it’s when the swelling of the animal’s testicles becomes noticeable.

Here are some other symptoms you should keep in mind:

Miscarriages that result from a female dog having brucellosis occur between 45 and 55 days of gestation in 75% of cases.

If a dog’s owner is unaware of this information, then he or she probably won’t suspect canine brucellosis. As always, the best thing you can do is seek the assistance of a veterinarian.

Humans can also contract this disease

Humans that are in contact with the secretions of an infected animal can also catch canine brucellosis. The situations that put us most at risk are tending to the delivery of puppies, cleaning up dog excrement, or any type of contact.

The first symptoms of canine brucellosis in humans can vary. Most often, the infection begins with a fever. Then, other symptoms such as fatigue and constipation set in.

The diagnosis of canine brucellosis in humans

Canine brucellosis is not common in human beings, nor is it easy to detect. Therefore, it’s important for doctors to be aware of information about a patient’s personal circumstances.

For example, if a patient has pets or has a job that involves contact with dogs. In order to make a final diagnosis, doctors will need to perform pertinent laboratory examinations.

The treatment of canine brucellosis

Like any other bacterial infection, brucellosis requires treatment with antibiotics. A veterinarian should determine and prescribe the correct combination.

In most cases, it can be difficult to eradicate the bacteria completely. Also, there’s a risk of the infection leaving behind serious after-effects when it comes to the animal’s reproductive apparatus.

When making the decision to treat a dog for this bacteria, it’s important to understand that the animal will require subsequent control. This will include additional laboratory testing.

Veterinarians always recommend the spaying or neutering of dogs that have suffered from canine brucellosis. That way, you can avoid possible contagion. Don’t forget that the infection can leave behind serious consequences in regard to an animal’s reproductive apparatus.

How to prevent canine brucellosis

There are no vaccinations against this illness. If you observe any symptoms, you should take your pet to see a veterinarian. When it comes to human beings that suffer from illnesses that affect their immune system, it’s important to check that your dog doesn’t have canine brucellosis.

Puppies should be tested in order to rule out this illness. Kennels and animal shelters should perform testing several times each year and isolate any dogs that have the infection in order to prevent its spread.

10 Tips to Keep Your Dog from Making You Sick
The transmission of a disease between a person and a dog is easier than it seems. To prevent it, we need to properly vaccinate our pets and give hygiene the importance that it deserves. Below we'll look at guidelines that will help keep our dogs from making us sick. Read more »
Link copied!
Interesting Articles
Illnesses and Treatment
Diseases that Produce Breathing Difficulties in Dogs