Campylobacter infection is usually gone after 10 days of treatment, but children and the elderly are quite sensitive to it. 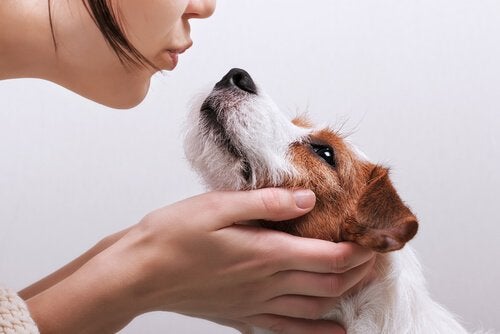 In this article, we’d like to tell you about Campylobacter infection in dogs. This is one of the many diseases that you can acquire from your pets. For this reason, you should be aware of its symptoms in order to recognize it.

For the most part, this bacteria is transmitted by dogs, and leads to diarrhea, among other things.

One of the main causes of diarrhea is due to an infection caused by Campylobacter bacteria. This is also the most frequent culprit of food poisoning. Generally, it affects millions of people each year, especially those who have unhygienic living conditions.

The genus Campylobacter contains several bacteria such as Jejuni, Coli and Fetus. It’s common in farm animals and house pets.

These microorganisms, which are elongated s-shapes (hence the name which means curved bacteria), require low levels of oxygen in order to survive.

Subsequently, this bacteria lodges in the intestines and is then eliminated together with the feces.

An outbreak occurs after the intake of contaminated food or water. Another way to become infected is to have contact with the fecal matter of a sick person –such as a mother changing her infected baby’s diaper.

What are the symptoms of a Campylobacter infection

Usually, the main symptoms of a Campylobacter infection begin two days after the bacteria enter the body. Moreover, there are two large groups of diseases that result from it:

Enteric bacteria typically enter a body through the mouth. As we mentioned above, they enter through contaminated food and water and also by contact with animals or their environments, and through the feces of an infected person.

The cause of the infection is due to two Campylobacter bacteria: Coli and Jejuni and lasts about 10 days.

The most well-known symptom of this kind of infection is diarrhea. This is often accompanied by inflammation of the intestine, fever, abdominal pain, headache, nausea, vomiting, and an overall feeling of discomfort.

These are caused by the Campylobacter fetus and are less frequent. However, they’re also a lot more serious.

It can affect the heart and blood vessels and lead to endocarditis and pericarditis. Additionally, extraintestinal diseases cause a neurological disorder known as Guillain Barré syndrome (a condition in which your immune system attacks your nervous system), urinary tract infections, pancreatitis, and arthritis.

When you notice some of the above symptoms and you know you’ve had contact with a dog or a farm animal – and more specifically with their feces – you should consult a doctor immediately.

What they’ll do is test a sample of your blood in order to determine if there are any alterations in the white blood cell count or blood pH. Additionally, they might also do a microscopic examination of your stools or blood.

If you get a diagnosis of Campylobacter infection, the next step is to follow the appropriate treatment. For instance, because diarrhea leads to dehydration it’s essential to drink water and sports drinks that will help bring back fluid and lost electrolytes to the body.

Don’t follow a solid diet until after the fourth day of treatment. Instead, eat astringent foods such as potatoes, toast, rice, grilled chicken and fish –but in small quantities.

For the most part, in very advanced infections, doctors will often recommend treatment with antibiotics or antimicrobials such as Azithromycin and Erythromycin.

The prognosis of Campylobacter infection is good for most patients; most recover after 10 days maximum. However, be aware that children under two years of age, seniors, and people with problematic immune systems are the groups at highest risk from this type of bacteria.

Is it possible to prevent this kind of infection with pets living in our home? Of course it is. Hygiene is essential and you should always wash your hands with soap and water after playing with a dog and cleaning its waste.

It’s also necessary to disinfect objects that may be contaminated by the infected waste of your pets. Also, wash all of the food you eat, don’t drink water from rivers or streams, and avoid the consumption of unpasteurized dairy products. 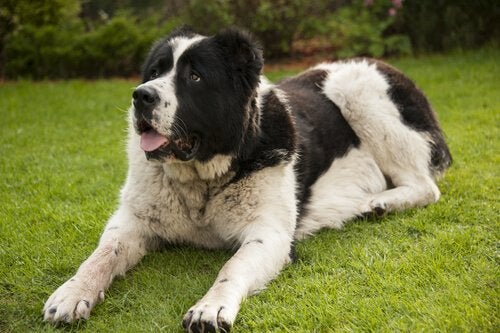 Canine Filariasis: Also Known As Heartworm in Dogs
Canine filariasis can be fatal if left untreated. We'll tell you everything you need to know about preventing heartworm in dogs. Read more »