Canine insulinoma is a term to describe an insulin-secreting mass in a dog. 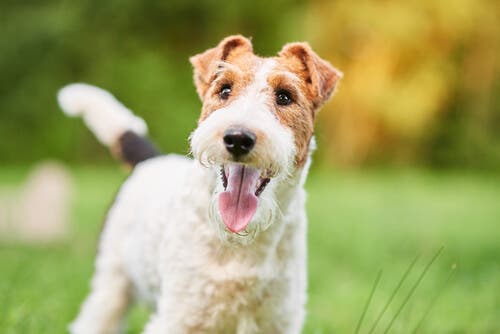 Canine insulinoma is a rare type of pancreatic tumor, but with a high fatality rate. It can affect dogs of all ages and breeds, although it’s also been diagnosed in older domestic cats. Next, we’ll explain what this condition is and how it affects the metabolism of human’s best friends.

Canine insulinoma – what it is and how it develops

This condition consists of a type of tumor that affects the beta cells of the pancreas. These cells are responsible for releasing insulin into the blood to balance glucose levels.

The formation of an abnormal mass in the pancreas alters its main function, which is to regulate the release of insulin. The tumor characteristic of insulinoma causes hypersecretion of this hormone. This means that it alters the beta cells of the pancreas and they start releasing much more insulin than usual.

As a consequence, the animal ends up with hypoglycemia. In other words, the excess insulin released is consuming too much glucose in their blood.

However, we must point out that an abnormal mass isn’t always malignant and doesn’t always evolve into cancer. In any case, it’s essential to consult a vet immediately if you notice any indication of behavioral or metabolic changes in your pet.

The causes of tumors are yet to be recognized by medicine. Furthermore, researchers did observe a genetic predisposition to the development of insulinoma in dogs of the following breeds:

In addition, vets have often diagnosed this pathology in adult dogs of various ages ranging from three to 10 years old. In domestic cats, the risk of insulinoma usually appears in older ages, from the 12th year of age. Additionally, they also verified a predisposition in Siamese cats.

The initial symptoms of canine insulinoma appear due to chronic hypoglycemia. Normally, the animal loses consciousness and suffers episodes of syncope, almost always accompanied by seizures.

In addition, constant tiredness and fainting make them intolerant of nearly all kinds of physical activity. Some animals gain a lot of weight and become obese due to pancreatic disorders.

The aggravation of this pathology usually also causes neurological alterations. The animal begins to suffer muscle tremors and is constantly nervous and restless. Thereafter, they may show difficulties in Spatio-temporal orientation. They may not be able to coordinate their own movements and, in more severe cases, may suffer from ataxia.

It’s important to clarify that hypoglycemia has many causes. Thus, it isn’t always associated with a tumor. In addition, some contexts of stress or anxiety can lead to a temporary drop in blood glucose.

In any case, don’t ignore the first symptoms of this condition because they indicate an imbalance in their organism. As you can see, early diagnosis is essential in order to ensure effective treatment and also to improve the life expectancy of an animal.

You must plan the walks and exercise of a dog diagnosed with insulinomavery well. Also, they should eat every three to four hours in order to prevent the symptoms of hypoglycemia.

In this sense, you must redesign their diet so as to replace the metabolic imbalance and prevent them from gaining weight. A vet can help select a suitable diet for every animal.

Prognosis and treatment of canine insulinoma

Unfortunately, the case-fatality rate for pancreatic cancer is quite high, although the prognosis depends on the progression of the tumor and the dog’s general health. A surgeon can remove a moderate tumor in a young, healthy animal and a vet can treat it with controlled chemotherapy sessions.

However, the prognosis changes radically if we consider the case of an elderly and immunosuppressed animal. Also, if insulinoma is detected late when metastasis has already occurred.

In advanced cases, chemical treatment is usually ineffective and the estimated life span is very short. Note that you can use analgesics and palliative therapies to relieve their pain and provide some comfort to your sick dog friend.

Thus, early diagnosis is decisive for a positive prognosis of canine insulinoma. As the risk of metastasis is very high, the life expectancy of a dog depends on prompt and adequate treatment.

Discover the Dangers of Diabetes in Dogs
Although you might have thought this disease only affects humans, diabetes is actually fairly common in dogs. Learn all about it in this article. Read more »
Link copied!
Interesting Articles
Illnesses and Treatment
What Causes Brachycephaly in Dogs?