Home » Health » Veterinarian Care » Illnesses and Treatment » Dogs and Zika Virus: What are the Risks?

Dogs and Zika Virus: What are the Risks?

As small as the chances are for it to spread between dogs and people, you absolutely must use repellents if you want to prevent this disease. Of course, the best way to avoid it is to not go to the tropical areas where mosquitoes carrying the virus live. 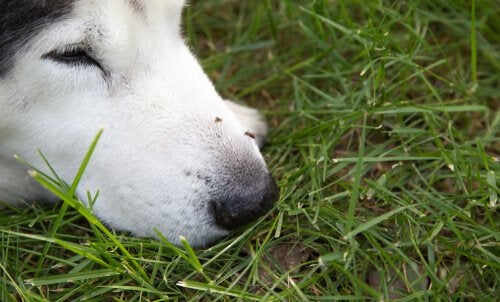 We don’t know that much about Zika virus, which is a disease transmitted through mosquito bites. So you should take some precautions when going to certain countries. However, what happens if your pet gets Zika? In today’s article, you can learn more about the relationship between dogs and the Zika virus.

First, you should get to know a little bit about the Zika virus. All humans are vulnerable to it, and according to more recent information, many animals are too. It only just started showing up in the media, but it goes back around 40 years in Uganda. No one thought much about it back then, because there weren’t many people with symptoms.

More recently, some researchers studied the effects an infected mosquito’s bite has on humans. Some symptoms include fever, pink eye, migraines, and aching muscles and joints. That’s not so different from a common cold. So, with the right treatment, most people recover.

However, the problems really started when more people got infected and a scientific study said that Zika virus could cause genetic defects like microcephaly. This is why it’s really dangerous for pregnant women.

Can dogs get Zika virus?

We still don’t know much about the virus, or how it spreads so fast. Due to mosquitoes biting whatever they can, it’s not so difficult to think they could also infect dogs and then end up infecting their owners.

However, there still aren’t any studies saying that mammals of different species can spread it to each other. Even in the case of the Rhesus macaque (that lives in the Ugandan jungle), that is more easily infected by a mosquito bite, there’s no proof that it can actually transmit the virus to another species.

Don’t panic about the possibility of your dog getting bitten, and don’t avoid stray animals out of fear that they might have the virus.

The important thing is to keep mosquitoes out of your house and not let them bite your dogs. Remember that they’re most active during the day, so you should be extra careful when you’re out in the open with your dog. Below are some recommendations:

Pet stores have lots of products for dogs and cats, and some of them are simple sprays. Just make sure not to get any of it in their eyes or mouth, and don’t use too much.

It’s also not a good idea to use a bug repellent made for humans. It could have things in it that are toxic to a dog’s skin, or cause problems if your dog licks it.

You can even make a homemade bug repellent with two drops of citronella oil, two drops of lavender, and a glass of water. Put it in an atomizer and spray it onto your dog, their bed, and any other place your dog spends time in. You can spray it on your own skin, too!

2. Keep aromatic plants in the house

Another good way to keep dogs (or yourself) from getting the Zika virus, especially if you live in an at-risk area, is to buy some plants that repel mosquitoes and other insects.

This doesn’t just mean citronella and lavender. You can also use mint, oregano, basil, or rosemary. Plus, these are great in the kitchen, and can give a lovely smell to any of the rooms in your home!

The aedes aegypti mosquito, like other insects of its species, they las their eggs in water. The larvae grow in still water, so you need to make sure you don’t have any in or around the home. So, whether it’s a rain catcher, your dog’s food bowl, or even places where water doesn’t drain (like puddles), you should make sure to empty them or clear them up every so often.

Ultimately, one of the best things you can do is avoid tropical places and jungles. There still haven’t been any cases of dogs with Zika virus, but it’s always better to be safe and not bring yours along to any of these high-risk areas.