Rabies is an infectious disease caused by a virus found in the saliva of an animal infected with rabies. Be it a dog, a cat or a monkey. It's usually transmitted by saliva either through a bite or through an open wound in the skin that may have come in contact with infected saliva. 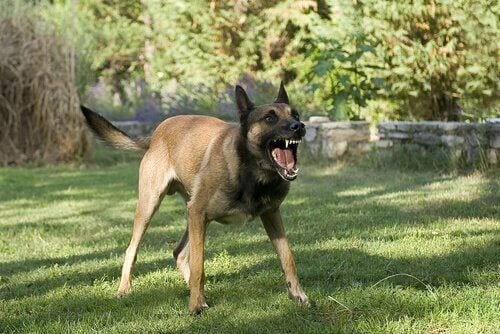 A rabid dog is highly aggressive, its eyes seem irritated and it drools. It seems depressed, and has lost its appetite, charging at everything, and yet mainly keeping to itself. It stumbles and has a droopy jaw. Not only does it not drink water, but it also displays an exaggerated fear when exposed to it. The light seems to bother it and it doesn’t seem to recognize its owner. Rabies prevention is absolutely vital and we’ll be looking at this vital topic today.

We can prevent rabies in our pets if we vaccinate them every year. Dogs can get their first shot about 6-8 weeks after they’re born.

If you ever happen to suffer a bite wound from a rabid animal then wash it immediately, using plenty of soap and water. Locate the animal, if possible, and go to your closest clinic as soon as you can, in order to get an assessment of the wound(s).

Rabies is a viral infectious disease of the central nervous system that causes acute encephalitis. The virus attacks all mammals, domestic and wild, and yes, this includes humans. When the disease enters the body of an infected mammal it merges with its secretions.

It can be then transmitted to another creature through a bite, or through an open skin wound that may have come into contact with infected saliva.

Dog rabies is a disease that you must treat immediately, before the symptoms appear. If you don’t, it’s lethal. The incubation period varies: the symptoms of the disease can show themselves within 3 to 12 weeks.

Rabies is a serious disease, and when symptoms appear it’s no longer treatable. It’s fatal in most cases. We recommend timely vaccination in order to prevent rabies in domestic animals.

Each year approximately 55,000 people die from rabies. That means there’s a death every 10 minutes. If an animal bites someone and rabies is suspected, then the victim should get a rabies shot as soon as possible. Vaccination is the best measure to keep the infection from spreading throughout the body. The most usual way of transmission is via infected bites.

The celebration of World Rabies Day was established on September 28. The campaign was coordinated with the Pan American Health Organization in conjunction with the World Health Organization. Also with the Global Alliance for Rabies Control, the US Centers for Disease Control and Prevention, the Pasteur Institute of France, and veterinary officers in many countries.

The main objective is to raise awareness and increase action throughout the world.

Children and other sectors are the most vulnerable groups, as these are the easiest targets, and most likely to suffer from multiple attacks. People can prevent human rabies by ensuring that those at risk receive adequate attention, and also by taking good care of animals.

It can also be prevented by educating populations at risk. In addition to that, by improving health centers and making them more accessible to those who have suffered attacks from infected animals.

Rabies around the world

Although there is no cure, rabies is an entirely preventable disease in humans, but it requires education. Many countries are making great efforts to control the disease. They have made important advances in the elimination of human rabies transmitted by dogs.

Despite all of these actions, wild rabies continues to claim victims. Especially in those sectors of the population where resources are scarce, and also in remote, hard to access areas.

The several prevention campaigns are still effective, and in some countries rabies has a minimal impact at this moment in time. The disease has been eradicated in some places, thanks to anti-rabies campaigns, but we shouldn’t lower our guard just yet. 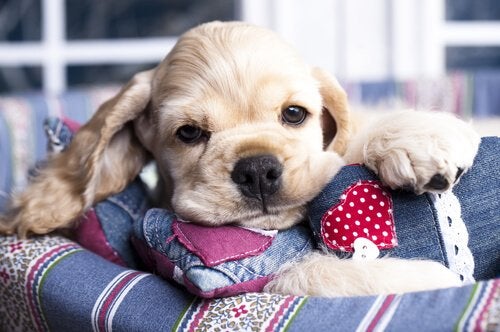 The Benefits of Honey for Dogs
Many people wonder if they can give honey to their dogs. It's not toxic to your fur baby, but everything depends on how much you give him and when. Read more »
Interesting Articles