Senile Dementia in Dogs: Everything to Know

By detecting the early signs of dementia, you can care for your dog well into old age 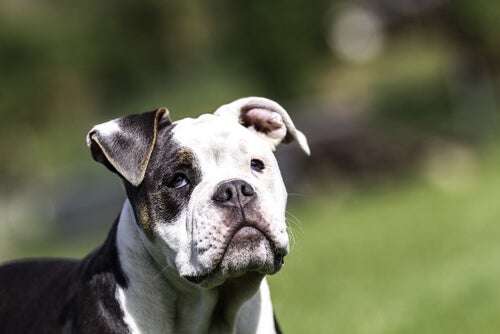 Dog Senile Dementia is a practically inevitable aspect of our best friends’ natural aging process. However, it is possible to take various measures to improve their quality of life during their old age.

The brain is an organ with many jobs. It is responsible for interpreting and translating external stimuli to other organs. It is linked to and controls all of the body’s metabolic processes.

A long life is synonymous with many joyful and shared moments. However, it also results in the body’s physical, psychological and emotional exhaustion, including that of the cognitive capacity of the brain. This rule is valid for human beings and also for dogs.

What is Dog Senile Dementia?

Generically, dementia is the name for all processes that involve the loss of memory and brain functions. Aging naturally coincides with the appearance of signs of dementia. Neurons are dying and the brain gradually loses the characteristic power of youth.

In the case of humans, Alzheimer’s is the brain disease that causes the most severe type of dementia. Neurodegeneration is so acute that it can radically change one’s personality and behavior, leading to serious identity disorders.

The beginning of dementia

In dogs, dementia is mainly characterized by the progressive loss of sensory functions. Vision and hearing are affected more quickly. Smell, which is dogs’ primary sense, tends to resist more strongly.

In more advanced cases, the animal also begins to lose cognitive function. In reality, this is a logical consequence for the degeneration of his senses. He becomes incapable of recognizing commands and shows difficulty with his sense of space and time.

Although the most accepted and frequent cause of dementia is aging, there are also other risk factors. Among the most relevant are: unbalanced feeding, intoxication, stokes, brain damage and/or injuries of different natures.

What are the symptoms of Senile Dementia in dogs?

As we discussed, the symptoms of senile dementia in dogs influence changes in their habitual behavior. Dogs usually enter the senior phase between 6 and 10 years of age. Normally, the larger the dog’s size, the more quickly the symptoms of old age appear.

Senile dogs may have difficulty listening to calls and commands from their owners. And normally this is not an issue of disobedience, but rather of hearing loss.

The same can happen with his vision. The animal usually shows difficulty in orienting himself when walking. When he does not see the objects in his path, he can run into things or knock them over, because he doesn’t know about them ahead of time.

Soon, the animal loses his five senses. Reactions to external stimuli such as noise, smells and the presence of other animals diminish. He even has a hard time sensing people in his territory.

The symptoms continue to progress and severe dementia can cause the following symptoms:

However, Senile Dementia can develop silently in dogs and only be perceived at a very advanced stage. For this reason, periodic visits to the veterinarian are essential to preserve his well-being and also in order to diagnose any disorder early.

Is there a treatment for dogs with Senile Dementia?

Nothing can prevent aging. However, there are palliative treatments to stop neurodegeneration and improve cognitive function.

The veterinarian can administer the so-called MAOIs – Monoamine Oxidase Inhibitors. These drugs possess neuroprotective properties, since they reduce the damage caused by free radicals.

In addition, the natural extract of Ginko Biloba can be used. Also, this treatment improves the oxygenation of the brain and can favor cognitive function.

Additionally, it is worth remembering that the veterinarian is a professional, trained to recommend a specific and appropriate treatment for each animal.

How to prevent Senile Dementia in dogs?

A better quality of life in old age basically depends on adopting healthy habits from youth. This avoids the risk factors that lead to an acceleration of the process of Senile Dementia in dogs.

And, a balanced diet and the regular practice of physical exercise and moments of relaxation are efficient preventive measures. Always respect vaccination dates and perform periodic deworming.