Home » Health » Veterinarian Care » Illnesses and Treatment » Your Dog Isn’t Sleeping Well, Why Is That?

Your Dog Isn’t Sleeping Well, Why Is That?

There are nights when all you want is to hit the sack as soon as possible, yet your dog isn't sleeping well. They have a lot of energy and are just restless. Perhaps you'll find out why here today. 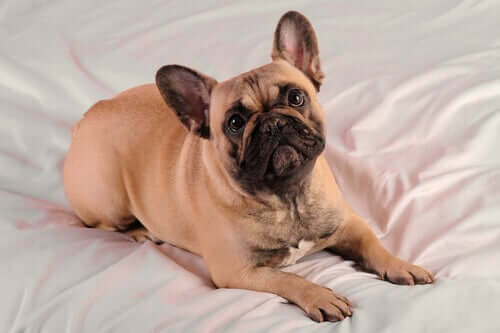 If you’re anything like most dog owners, then your pet is your best friend and they sleep nearly next to you. Most likely, you seldom worry whether your dog is or isn’t sleeping well.

However, if you’ve recently noticed your dog’s getting little to no rest then you might like to know why.

The good news is, it may be due to a specific problem or discomfort that’ll be easy to solve. Today, in this article, we’ll tell you about some of the reasons why dogs may be up all night.

Your dog ​​isn’t sleeping well: Why?

If your dog isn’t resting as they should, you should start observing their overall behavior and looking for symptoms they may have. The health and comfort of your pet are important, even if they can’t tell you so. They may not speak our language and yet they express themselves clearly in other ways.

Did their sleeping arrangements change somehow from the way they used to be? That might be the reason why they can’t settle down at night. For example, pay attention to whether they move when they’re in dreamland. Do they shake their legs or tremble? Or, do they growl or moan?

You may have seen this and perhaps you just dismissed it because you thought they were dreaming. The truth is that such bodily shakes have an explanation. Dogs go through the same stages of sleep as humans. As you may know, there are three of them:

In this last stage, the dog breathes deeper as they fall asleep deeply. However, they tend to shake just before it. Furthermore, in the SWS they dream and both their sounds and movements are involuntary. They kind of allude to what is happening in their mind.

As dogs curl up to sleep, their muscles are tense. Then, when they go into a deep sleep, they relax, hence the trembles or shakes you’ve witnessed. Puppies and older canines have more dreams and sudden movements. Science hasn’t yet explained why, but it’s not abnormal or dangerous. On the contrary, it’s perfectly fine and it doesn’t imply at all that your dog isn’t sleeping well.

Don’t forget that canines scare easily, so don’t wake them up abruptly. Instead, touch them kindly and sweetly, especially if they are dreaming. Even better, call their name softly. Do keep in mind that the first instinct of an animal who feels endangered is to bite.

Dogs dream in the same way people do; they have pleasant dreams and also nightmares. If you suspect it may be the latter wake them up calmly. You can tell they’re in pain if their muscles contract and they moan and yelp.

Reasons for not sleeping well

Well, now that you understand how your dog’s sleeping mechanism works, the next step is to find out if there’s anything you should be concerned about. Is there something that’s preventing them from sleeping properly. The most common reasons are:

1. Your dog may not be sleeping well due to noise

Every house is full of noise – some nice sounds, but some annoying ones like a loud television, a party, music, shouting, etc. Then there are outdoor noises such as traffic, sirens, firecrackers, and thunder. If this is the case, then the animal will most likely wake up startled several times throughout the night.

Some health problems may be waking your dog up. Insomnia is often the symptom of illness due to localized discomfort or pain. So, consult your vet to rule it out as a possible reason.

Dogs can have trouble sleeping due to extreme temperatures, both during winter and summer. If they’re cold, you may cover them with a blanket or bring their bed closer to the heater (not too close). If they’re hot, then buy a softer mattress and place it near a fan or an AC unit.

4. Your dog isn’t sleeping because they ate too much 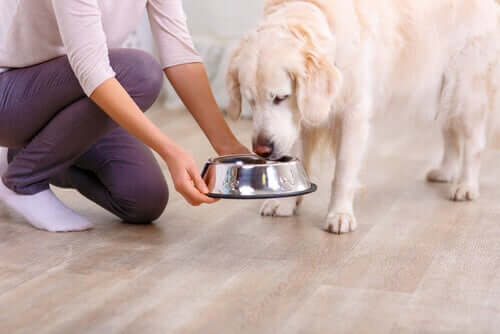 Have you ever eaten too much and haven’t been able to sleep as a result?

Well, the same thing could happen to your dog. If they only eat at night and have big servings then they may not be able to sleep because they’re too full to do so. Large amounts of food lead to indigestion and a feeling of heaviness.

There are some solutions to this problem. For one, distribute the food in two, three, or four meals and feed them the last one at least one hour before their bedtime.

An animal needs physical activity to use up their excess energy and to be able to calm down. They’ll be restless if they don’t walk enough, and will be nervous and fidgety too. Not only that, but they won’t be able to fall asleep normally — and neither will you!

If you think that might be the reason why your dog isn’t sleeping well, then it’s very easy to solve it. Simply take them to the park or at least around the block every day in order just to get them out of the house, and, hopefully, you’ll tire them out a bit! 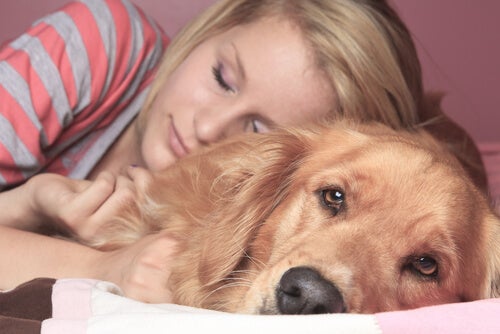 The Pros and Cons of Sleeping with Your Pet
Should you let your pet sleep with you? This has always been a topic of debate among animal lovers, and even among those who are not. It has become such an important issue that surveys have been made in order to acquire statistics.  Read more »
Interesting Articles 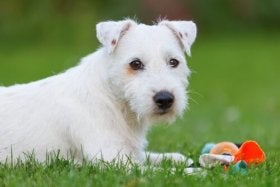 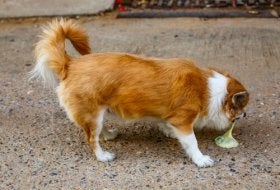 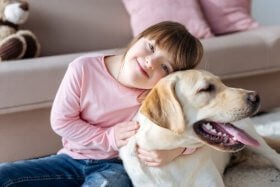 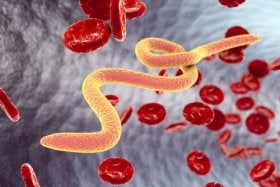 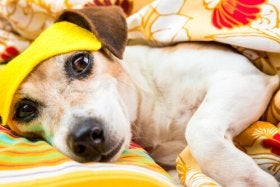