4 Common Mistakes You Might Be Making When Feeding Your Dog 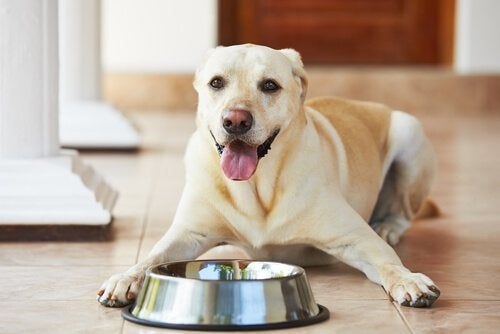 To prevent health problems, bad habits, or obesity in your dog, you will have to modify how you feed him. The typical mistakes we make as owners are:

With the excuse that “it’s just for the dog,” we don’t pay much attention to dog food storage. But just like with any food, bacteria will start to decompose it if it’s exposed to the air and humidity. This makes it more likely that he will get sick.

Close the bags of dog food very well, and if you give canned food to your dog, keep it in the fridge once opened. The container must be clean and sealed well.

2. Leaving leftovers in his food bowl

Sometimes dogs don’t finish everything that’s in their bowl, whether it’s because they don’t like something or because they’re full. If that happens, don’t leave it out, especially overnight, because it could attract the attention of mice or insects. In addition, it will start to decompose. And if he eats it the next day, he will be ingesting contaminated food.

The rule is simple: if three hours have gone by and your pet has not eaten everything, it’s likely that he won’t eat any more. Therefore, you have two options: throw it out or save it in the fridge for the next meal.

3. Not washing the bowl after meals

Again, we think that it’s not necessary because it’s just the dog’s dish. But it’s not good if it’s dirty from the previous meal. Even if it seems like it’s licked clean, it will have leftovers from the meal that will decompose later and be dangerous.

The residue could accumulate bacteria that will make the dog sick. So, when he finishes eating, wash his bowl like people’s plates: with soap and hot water.

4. Not looking at expiration dates

All food goes bad at some point, including dog food. If you give canned food to them, pay careful attention to the expiration date. If the dog eats something that has gone bad, he could have stomach pain, vomiting, diarrhea, etc. Dry food also has an expiration date.

Besides the four mistakes that above, there are other issues to take into account when feeding your dog. 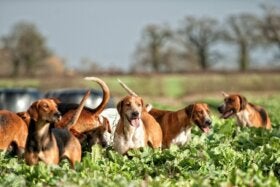 Colombia didn’t have an officially recognized breed of dog….at least until now. The Colombian Fino Hound heralds from this country… 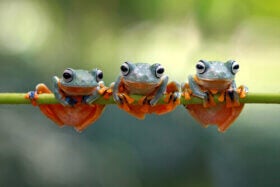 Exotic Pets
What Documentation Do You Need to Adopt an Exotic Animal?

Many people who think about getting a new pet entertain the idea of adopting an exotic animal. More conventional pets… 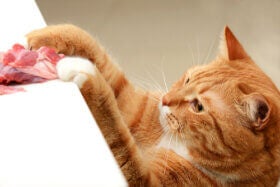 The best option when feeding our pets is balanced food. But, from time to time, it’s not a bad idea to reward our cats with a delicious homemade meat stew. Cats are basically carnivorous animals. A good plate of meat… 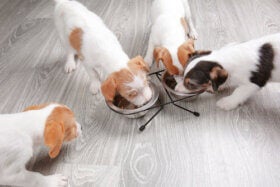 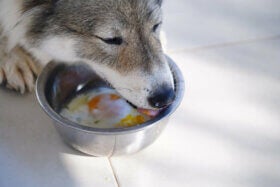 As a dog owner, it can sometimes be a little tricky to keep up with the list of things that dogs can and can’t eat, what is good for them, what is poisonous etc. And, at some point, you may… 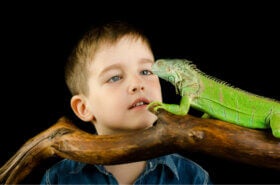 Exotic Pets
Exotic Reptiles and Amphibians Can Cause Salmonella 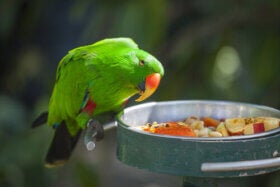 A parrot’s diet is one of the most important aspects to consider when keeping this bird as a pet. There are many foods forbidden to parrots that we must take into account when preparing their complicated rations. Otherwise, we run… 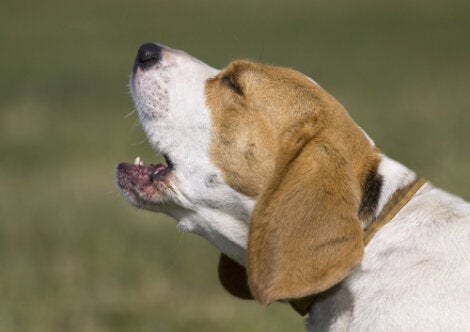 There are some situations when it’s quite normal for a dog to bark, for example when someone knocks on the door or when it detects a stranger. But if it does it all the time, and keeps barking long after… 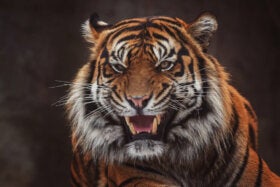 There are several reasons why the number of extinct animals is increasing from day to day. Among the different animal species, 36% of mammals are in danger of extinction due to species trafficking, poaching, or the fragmentation of their ecosystems.… 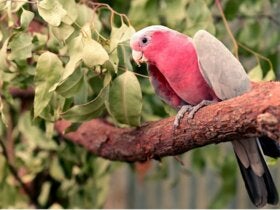 Did you know that there is a pink and grey cockatoo? Nature constantly amazes us with its color palette and… 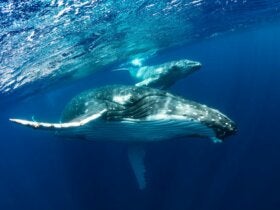 The humpback whale, also known as the yubarta whale, is known for being able to jump several meters above the…