The scintigraphy procedure is a nuclear medicine diagnostic technique that uses radioactive isotopes to recognize and accompany various pathologies. This term also designates the specialty in charge of studying and applying the said methodology. Continue reading to find out more about it. 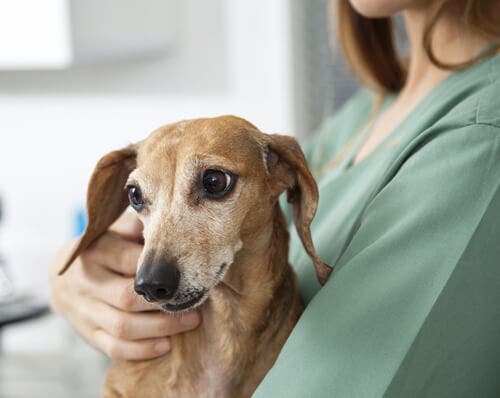 What exactly is a scintigraphy procedure? Who needs it? Well, pretty much any animal who requires one, be it human or not. The procedure involves giving them a controlled dose of reactive isotopes (radioisotopes). These substances are either taken orally or injected directly into the bloodstream (intravenously).

The type of isotope used depends on the purpose of the study and which organ is to be investigated. Iodine 131 is used along with labeled albumin to analyze the brain. Also, in combination with colloidal gold 198, they use it for examining the liver. In addition, sometimes they also use chromium 51, this is for studying the spleen.

These substances move through the bloodstream until they reach certain organs. Then, a machine called a scintillation counter covers the entire contour of a patient’s body with its camera.

This device detects the gamma rays that result from the reaction of the reactive isotopes supplied to a given patient. The emission of these rays results from the release of radioactive particles derived from the spontaneous decay of radioisotopes.

Then, the computer connected to the scintillation counter transmits the behavior of the isotopes in images and action curves. This allows obtaining high-quality images of the internal structures of an organism, such as the tissues and walls of the various organs.

Regarding its applications, note that the scintigraphy technique offers morphological information (on the anatomy and structure of the organs) as well as functional information.

In addition, it allows doctors to recognize different pathologies early and it enables early diagnosis together with a better prognosis for a patient. In fact, its action is decisive for survival in degenerative diseases.

Thanks to its high sensitivity, scintigraphy is very effective in diagnosing benign and malignant tumors. Normally, it’s complementary to other imaging techniques, such as tomographies and ultrasounds.

In addition to oncology, this technique is also used in the following medical areas:

Scintigraphy is used to analyze and evaluate first and second-degree tumors in bones. It’s effective in detecting lesions that originated in the bone and metastasis from breast carcinomas.

As for its application in the bone marrow, it’s effective in recognizing aplasias, hypoplasias, hyperplasias, as well as abnormal masses.

Furthermore, the modality called lymphoscintigraphy is mainly aimed at the location of the sentinel node in cases of melanoma. When used in conjunction with administering isotopes of Gallium 67, this is for the purpose of identifying non-visible abscesses and immunological disorders in patients with lymphoma.

The scintigraphy procedure in veterinary endocrinology

The main use of scintigraphy in veterinary endocrinology is associated with diagnoses of thyroid cancer. This is because the technique allows you to evaluate the gland morphology and it can detect disturbances in its structure and function.

Thus, the patient should suspend daily levothyroxine or methyl-mercapto imidazole medication so as not to interfere with the quality of the study.

The scintigraphy procedure in veterinary gastroenterology

They also use it for detection in salivary, hepatobiliary, and trans-colonic cells. Its sensitivity allows diagnosing of the following conditions:

Scintigraphy also allows a doctor to investigate and recognize brain tumors and infections, making it an essential tool in veterinary neurology.

Pet Insurance Policies: Liability and Health Coverage
Every pet guardian must have adequate insurance coverage for damages caused by their animal. An accident can destroy a family. Read more »
Link copied!
Interesting Articles
Illnesses and Treatment
Treatments for Pulmonary Edema in Dogs

Veterinarian Care
Should I Resort to Veterinary Homeopathy?

Homeopathy is an alternative medical treatment for various ailments. Veterinary homeopathy is becoming increasingly popular. Analyzing the possible benefits or…