While it's true that people mostly take puppies to training classes and teach them many things, old dogs can learn new tricks too! 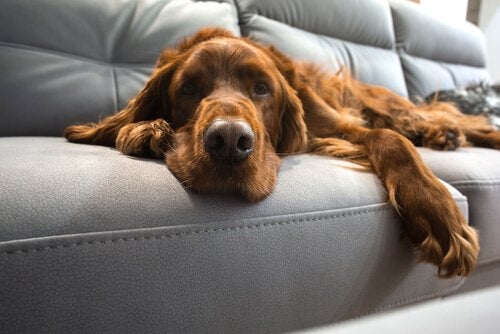 While it’s true that people mostly take puppies to training classes for them to learn, old dogs can learn new tricks too! A recent study has even shown that older animals have better cognitive skills than young ones. Find out more about older dogs in this article.

Old dogs: Yes, they CAN learn!

There’s a very popular phrase among pet owners: You can’t teach an old dog new tricks. However, that’s not true. Yes, time can diminish a dog’s ability to learn, remember, or reason but there’s a huge difference between that and not being able to learn anything at all.

A group of researchers from the University of Vienna analyzed the cognitive abilities of Border Collies. People consider them to be the smartest dogs. The dogs in the trial were between 5 months and 13 years old. Using touch screens, researchers trained the dogs to complete different tests related to memory, logical reasoning, and learning.

The results have been really surprising. “Older dogs needed more tries before solving a problem, compared to puppies, and their thinking was less flexible,” said Lisa Wallis, the lead author of the study. Like people, older dogs find it more difficult to change their old habits, and everything they have learned in their lives.

However, the older dogs showed better logical reasoning. Friederike Range, the co-author of the study, explained that the older the animals were, the better they performed in this activity. Puppies and young dogs were unable to master the task. For Range, the reason was that older dogs are more stubborn about what they learn, and are therefore less flexible.

In terms of long-term memory, there were no significant differences between the different ages. The memorization test was repeated 6 months later, and almost all the dogs remembered the images.

With this study, researchers hope to learn more about the aging process of pets, and treat cognitive illnesses in advance.

How to teach older dogs

Now that we know that age isn’t an impediment for your pet to learn new things, we’ll give you some tips for teaching the basics. They’ll be very useful if you adopt a stray adult dog or senior dog.

Meet the Woman Who Cares for 30 Abandoned Senior Dogs
There is nothing sadder than seeing sick senior dogs that are left to fend for themselves. However, stories like the one in this article can make your heart rejoice. Here is the story of a woman who cares for 30 abandoned senior dogs. Read more »
Link copied!
Interesting Articles
Senior
What Are the Most Common Disorders in Senior Dogs

Senior
How Does Old Age Affect Your Cat's Behavior?