The Effects of Aflatoxins 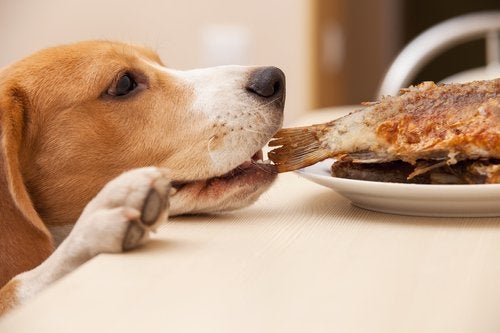 Aflatoxins are mycotoxins, or, in other words, they come from fungi. Specifically, they’re produced by fungi such as aspergillus flavis, a. parasiticus, and puberulum penicillium. Aflatoxins are also the most well-known kind of mycotoxins, which is why they’re so widely studied.

Aflatoxicosis is known as any illness that comes from ingesting aflatoxins. They’re most likely to grow in damp places where food (especially grains) can develop mold. Grains that haven’t been properly stored are also good sources for fungi. There have been a lot of cases of aflatoxicosis in places where they make food with these contaminated grains, especially in dog food.

How aflatoxins grow and what kinds of food they appear in

Aflatoxins can contaminate food during any part of the production process. It could happen when they’re harvested, stored, or processed.

Who can aflatoxins affect?

Animals such as piglets, ducks, and cats are the most sensitive to aflatoxins. Dogs, sheep, and turkeys are also highly prone to this disease. Human are generally safe from them, but they can be harmful to children. You have to be very careful with dogs, because there have been cases of aflatoxin contaminated dog food.

The effects of aflatoxins

Aflatoxins greatly affect the liver. The damage they do to this organ can cause a ton of different symptoms. Aflatoxin contamination can even be fatal in some cases.

The symptoms of aflatoxicosis

The symptoms of aflatoxicosis depend entirely on how much and how long ago they been consumed. It also makes a big difference if it was an animal or a person who consumed them.

Dogs have immediate symptoms after ingesting them, such as vomiting and a loss of appetite. Symptoms include weight loss, internal bleeding, and a buildup of liquid in their abdominal area. In serious cases, it can cause sudden death.

There are also chronic symptoms like weight loss, loss of appetite, and mood swings. Plus, it can also cause to liver failure and problems with blood clotting.

Symptoms of aflatoxicosis in other animals

Aflatoxicosis has different symptoms in different animals. However, here are some of the common ones:

When it comes to people, the symptoms depend on age, sex, and health. It also matters how much aflatoxins you ingested and how long ago you ingested it.

Here are the most common symptoms of eating a lot of aflatoxins with in a small period:

The first thing you should do is to correctly grow and harvest food. It’s important to eat good quality food, for both humans and animals because it’s hard for the average person to detect mycotoxins in meat, cheese, and eggs. Never eat any grain or other food that have fungus or mold.

If you’re already dealing with aflatoxin symptoms, then the first thing you need to do is stop eating the contaminated food. Then the next thing is to start treating the symptoms. What we mean is that you should only use medications that can reduce the symptoms and problems caused by the aflatoxicosis. There are no antibiotics that can deal with aflatoxins.