A Russian Invention Will Allow Dogs to Breathe Underwater

A Russian invention has made it possible for dogs to breathe underwater, up to 2000 feet. Using this technology, dogs can help rescue submarine crews. 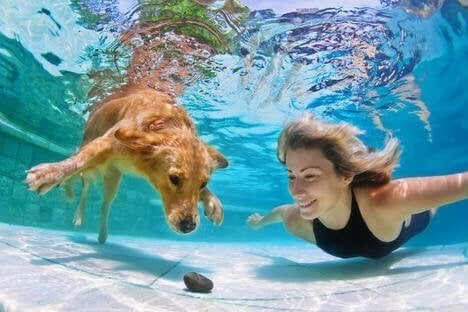 New technology offered by the Russian company Foundation for Future Research Vitali Davidov will make it possible for dogs to breathe underwater.

This invention would make liquid breathing possible. The animals’ lungs would fill with a special liquid that’s rich in dissolved oxygen, which would enter the blood.

Remember, drowning occurs when the lungs fill with water. The lungs can’t get oxygen from the water that’s filling their lungs. The lungs will then not be able to function correctly and death will occur quite rapidly.

However, this latest discovery is a liquid compound called perfluorocarbon. This compound can be breathed as if it were air, and it’s become essential for ophthalmology, for example.

Physicists and physiologists have always hoped that they could somehow make liquids that could be used for breathing. Achieving this would be the solution for different treatments in medicine, surgery, sports, and other scientific subjects. There would be so many advantages to it.

Until now, liquid breathing that allows dogs to breathe underwater has only been carried out in medical laboratories, for purely experimental purposes.

Scientists are hoping to use it in the treatment of patients with collapsed pulmonary alveoli, like premature babies, or those whose lungs aren’t completely formed. If they can do that, it would be very important for the development of studies related to the respiratory system.

These special devices will allow dogs to breathe underwater for half an hour at a depth of approximately 1600 feet. We want to point out that the animals that tested out these devices are in perfect condition, and haven’t experienced any problems as a result of the immersion.

Diving for dogs is quickly becoming one of the most popular sports right now. It’s a fast exercise in which dogs of all breeds can compete. One of the tests is seeing which dog can jump the farthest into the water from a raised platform.

Any dog that plays with water toys and that loves the water can dive.

How to train a dog to dive

Before you can start training your dog, you’ll have to find a good place to do it. Look for a pond or a lake that’s deep enough for your dog to dive into safely.

Make sure there aren’t any obstructions or underwater hazards. The body of water doesn’t have to be very large, but it needs to be deep enough that he won’t touch the bottom when he jumps.

Also, you have to make sure that your dog likes being in the water. A good way to test this out is to put his favorite toy in the water with him, and see if he’ll play with it. However, if your pet won’t pay any attention to his toy, chances are he’s not enjoying himself in the water. You should get him out as soon as possible.

A good job in the water

You also need to make sure that you’re working with your dog in a safe environment. Make sure there aren’t any objects or obstructions at the bottom of the water that could hurt him. If you don’t, he may get seriously injured.

It’s also a good idea to use treats and prizes to reward your dog. The excitement of receiving these prizes will make your dog focus on his training in the water. Also, the thrill of chasing and catching a toy will encourage him to do it well.

Lastly, it’s important to keep in mind that not all dogs like water. Just like people, they have their own personalities and tastes. If they just don’t like water then you shouldn’t force them. 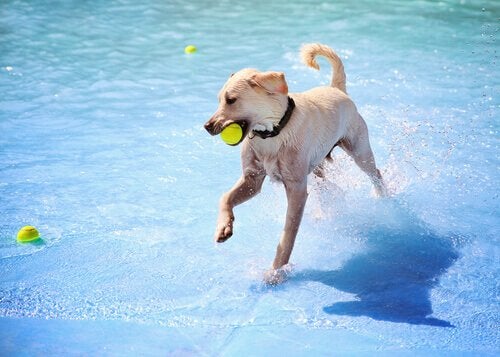