Penguins are threatened by climate change and pollution. So there's a campaign to help raise money for this endangered species. It's a global effort, but we're going to focus on what Spain is doing to help. 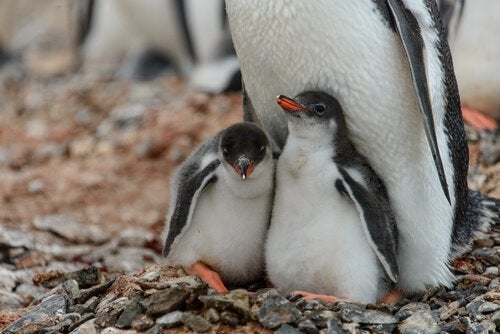 Just like every year, Spain’s Ejército de Tierra (Earth’s Army) has started its environmental awareness campaign that focuses on the Antarctic. Its objective is to get people involved in helping this species by adopting a penguin (you can even give it a name!).

Ejército de Tierra has a permanent base on Deception Island, one of the most remote places in Antarctica. They’re established there to make sure nobody breaks international environmental regulations and help scientists do their research.

Alongside the scientists and military personal, there are also roughly 20,000 mating couples of penguins. That’s more than 40,000 penguins from three different species.

Every year they start a penguin adoption campaign to raise environmental awareness. The idea is that in exchange for giving the penguin a name, you commit to take care of the environment so that this penguin and all of its children can continue living.

You get a digital diploma and a photo of your penguin. All you have to do is fill out an online form to take part. Of course, they also expect you to keep your environmental promise.

It’s free and open to sponsors worldwide, although this year they’re also working alongside the Spanish Cancer Association. Part of the donations to that organization will go to helping these penguins.

The penguins on Deception Island

Scientists on Deception Island are studying three species of penguin. Here are the kinds you might see on your adoption certificate:

There’s a big study being done about climate change on Deception Island. Penguins are a good indicator of how healthy its ecosystem is. This is because they’re always the first animals to show symptoms of environmental problems.

Penguins aren’t the only animals threatened by climate change and pollution. On the other side of the planet, the Arctic, there are polar bears starving due to not having anything to hunt.

However, not only animals in the poles are in danger. Animals all over the world are affected by these changes — fish, birds, even huge mammals like elephants and lions.

The goal of this campaign is to have sponsors commit to caring for the environment, and to raise awareness about the problem. Everyone can do their part, and each individual action has an impact on this global problem.

The fight against cancer

This year they’re joining forces with the Spanish Cancer Association. Adopting a penguin will also mean doing your part to reach their goal of 5,000 sponsors.

If they can reach that goal, a company has promised to make a big donation to this cancer-fighting organization. They also encourage small personal donations, but it’s not mandatory. Still, the penguins will appreciate any help they can get.

It’s easy to adopt a penguin, and you’ll also be taking part in two important causes if you do. You’ll be helping take care of the environment, and also raising money for the biggest cancer association in Spain.