Some animals just don't have any luck when it comes to being adopted. Read on to learn about Bear's sad story, the dog that was rejected again and again. 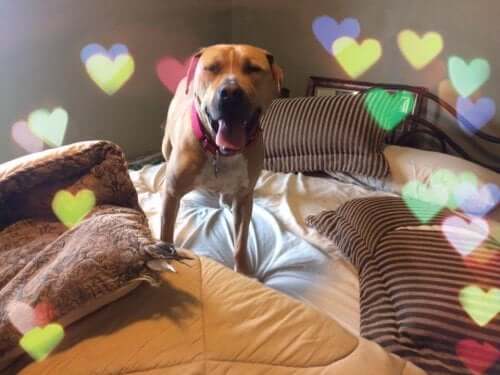 How would you feel if you were a shelter dog? What if you had to stay at the shelter for years watching all the other animals finding homes and families? Something of the kind happened in the case of Bear, a dog in Michigan, United States. Today you can read about Bear’s sad story, the dog that no one wanted to adopt.

A dog that couldn’t find a home

We’ll tell you the good news first. You’ll be glad to know that, at last, this lovable canine found a home. But to arrive at that point, he really had to wait far too long.

Bear spent more than three years in the Detroit Animal Welfare Group (DAWG) animal shelter. The days, weeks and months went by and no one seemed interested enough in him to adopt. After being in the shelter for so long, Bear’s sadness just grew and grew.

After the umpteenth possibility of his being adopted fell through, a photo of the dog’s frustration really says a thousand words about his mood level.

Learn about the story of Bear, the dog that no one wanted to adopt. He spent his days overcome by sadness in an animal shelter in Michigan. The good news is that the animal finally found a home, and one that even had a garden.

The dog had been found abandoned in the streets of the city of Flint, in Michigan, United States. He was then just 7 months old. From there he arrived at DAWG. He was such a cute puppy that the shelter workers thought he would find a home straight away.

Bear spent some time in a temporary home. However, he had to go back to the animal shelter because the family couldn’t care for him anymore.

From that time onward, it was as if he had a curse on him. Everyone that showed a little interest in adopting him later changed their mind at the last moment.

What about when Bear participated in the different adoption events that the animal shelter organized? Even then, he was always one of the few animals that was literally overlooked by the people who came in search of a pet. In one case he was actually the only dog not to find a home.

A photo and a look changed Bear’s sad story forever

The director of DAWG, when she saw Bear’s sadness reflected in his eyes, took a photo of him and published it on the shelter’s Facebook page. The photo went viral, and Bear’s story was told on site after site on the Internet.

This might have been what changed Bear’s life. From that moment on, heaps of people showed interest in the animal until one day, finally, a family decided to adopt him.

Now the charming canine is overjoyed with his new family. His brand new house even has a big garden where he can play as much as he likes.

Bear’s happy ending was a long time in coming

It would seem to be difficult to explain. Why did Bear have so much trouble finding a human family who was willing to take him into their home?

The canine has always got along well with adults as well as kids. And what’s more, he’s playful, and loves spending time with his people. He even understands basic house rules and behavioral commands already.

His only problem is that he can’t live with other pets. However, that surely wasn’t the primary reason why it took so long for him to be adopted.

At his new home, his human family has enlisted the help of a trainer. This professional is donating his time to train Bear, so that Bear’s integration into the new house will be a success.

So, it seems that Bear has finally left behind his sad story of abandonment. And even though it’s taken him so long to find a family that will love and care for him, it’s never too late to start a new life.

Of course, there are many more dogs like Bear that are still waiting for adoption in thousands of animal welfare centers around the world. And many others are abandoned daily and spend their time wandering the streets. We hope that they will all find their happy ending, like Bear has. 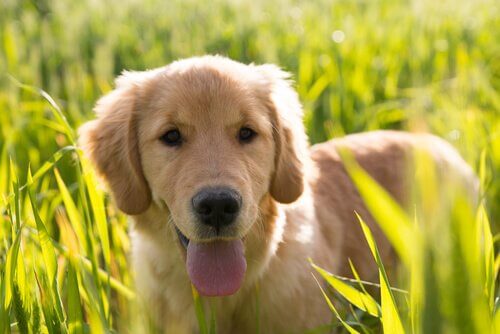 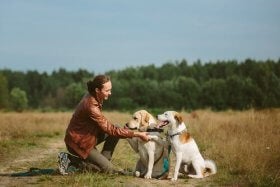 The idea of ​​strolling around with our dogs off-leash is always attractive to most of us. Especially as the days become warmer. Who wouldn’t want pets to be able to run free so they can enjoy nature on their own… 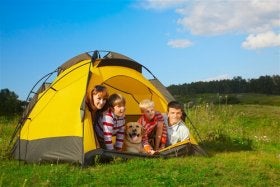 Camping with dogs and children is a great family activity. Doing so is a great way for you and your pets to experience new sights and smells, get some exercise, and spend time together. Outdoor activities can definitely be fun… 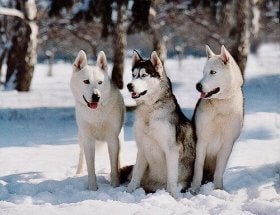 Adopting an older dog from a shelter is an act of kindness that usually encourages responsible ownership. It doesn’t only dignify the life of an abandoned animal, but it’s also a way to take action against the reprehensible behaviors of…