Microchips in Dogs: Are they Useful?

Microchips are mandatory in most countries, but are they really useful? In this article, we'll explain how a microchip works and all its advantages. 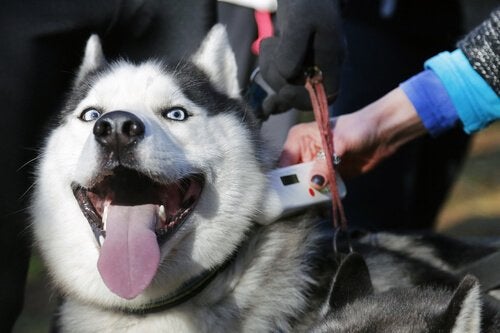 Having a new pet, especially if it’s a puppy, can be very expensive. One of these expenses is microchips in dogs, and today we ask just how useful they are.

What is a microchip?

Microchips are very small devices, like a grain of rice, that a vet inserts into an animal’s neck. They have an alphanumeric code that stores the owner’s data in a database.

If someone finds a lost animal, they can decode the microchip’s barcode with a special device, and in this way locate the dog’s owner.

When the owner realizes his pet is missing, he can access the files where his animal is registered. He can then start a search in the kennels to see the most recent arrivals. The device can then alert the system that stores the data and unite the pet with his owner.

However, there are professional pet thieves that are capable of hiding the chip so that the owner won’t be able to locate his pet. This happens most often with expensive breeds.

What are the deficiencies of microchips in dogs?

Like all technology, this system also has its deficiencies and can even fail. There are two causes for this:

How to make your pet’s microchip better

In addition to helping locate lost animals, these microchips are also used to help eradicate abandonment. Although in general this has been achieved, it hasn’t been to the extent that people had originally hoped for.

To make microchips in dogs even more effective, they need at least two things:

However, despite these small deficiencies and the improvements needed, microchips in dogs are generally very useful. Thanks to these microchips, people have been able to locate countless lost animals. For example, in Spain in just 2011 alone, they were able to find a whopping 13,400 animals thanks to microchips.

Additionally, there is now a European network that includes all animals that have this device. So, if your animal somehow ends up in another part of the continent, it’s perfectly possible to find him. Of course, you have to remember to report his disappearance.

How To Prevent Losing Your Dog On A Walk
Most people's fear is their dog escaping and not being able to catch them. Today you can learn how to prevent losing your dog when out on a walk. Read more »
Link copied!
Interesting Articles
Animal Protection
Becoming a Member of an Animal Welfare NGO

Why is the conservation of Eagles so important in Spain? Both Bonelli's eagle (Aquila fasciata) and the golden eagle (Aquila chrysaetos)…

Despite the progress in regard to animal rights and protection laws, it's quite evident that there's still a long way…

If you read this blog, then you're probably an animal lover. It probably also means that you have enormous respect…