Of all the many factors involved, environment has the greatest impact on determining your pet's personality. 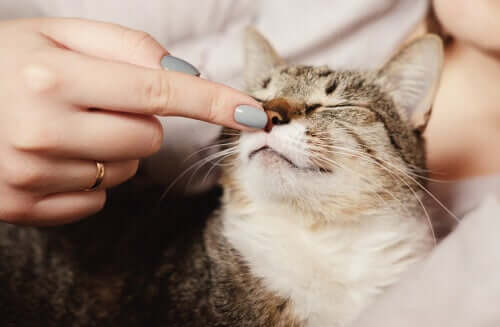 Many people believe that cats are, as a general rule, less sociable than other pets. However, the most recent discoveries seem to indicate that cats can have different personalities. Understanding the 5 main personality types may help improve your relationship with your pet.

Traditionally, ethology and other animal-oriented fields of study have paid more attention to canine than feline behavior. Up until recently, the scientific community dismissed the existence of different feline behavioral patterns. Instead, they simply classified cats as more solitary and introverted than their canine counterparts.

This deep-rooted idea was finally shaken in 2017, after the publication of a study by investigators in Australia and New Zealand. Published on August 23rd in the journal PLOS One, the article, entitled The ‘Feline Five’: An Exploration of Personality in Pet Cats (Felis catus), proclaimed the existence of five distinct personality types.

The object of the study wasn’t just to confirm that cats could have different personalities, but also to understand them better, in the hope of improving their well-being.

Cats can have different personalities

The methodology applied in this study was based on a model used in an investigation into human personality types, known as the Big Five or the Five Factor Model. According to this model, we can describe personalities in terms of five broad factors: neuroticism, extraversion, openness, conscientiousness and agreeableness.

Each of these factors is, in turn, correlated with a range of other factors, which evaluates animals in terms of 52 different traits.

After analyzing the data from 2802 domestic cats, the Feline Five study proposed the following personality types:

According to experts, the animal’s environment has a huge impact on its personality type. For example, a cat that shows impulsive behavioral patterns may regularly face stressful situations in its day-to-day-life.

On the other hand, cats that are irritable or unfriendly could be experiencing pain or discomfort. All this highlights how important it is for owners to provide a suitable environment for their pets, and thus take steps to ensure their well-being, as it could have a serious impact on their mood.

Identifying these 5 distinct personality types has also allowed researchers to pinpoint ways to encourage cats to become more social. In fact, experts claim that the two most important factors in determining how sociable a cat is are its innate personality, and how well it was socialized between the ages of 3 and 9 weeks old. The more you expose a kitten to humans and other pets, the more receptive it will be to its environment.

When it comes to adopting a rescue cat, it’s important to remember that it may have experienced a wide range of difficult situations in the past. Large amounts of stress will have had a huge impact on its character, perhaps leading to the development of an impulsive, neurotic, or even dominant personality type.

In these cases, socialization should be carried out gradually, and if necessary, you should seek help from an animal behavioral specialist.

Furthermore, how active or sociable your cat is can vary depending on the breed. Some studies have shown that Abyssinians and Bengals are more active breeds, while Persians are more likely to be laid-back. All this demonstrates the huge number of factors which influence our feline friends. This shows how important it is for owners to understand their pets’ personalities and behavior.

Socializing Cats: Is it necessary?
You've probably heard a lot about the importance of socialising dogs, right? Is socialising cats necessary too? Let's have a look and see. Read more »
Link copied!
Interesting Articles
Cats
How to Prepare Your Home to Shelter a Stray Cat

Even when they're domesticated, cats only change their behavior very slightly from their relatives in the wild. That's why feline…