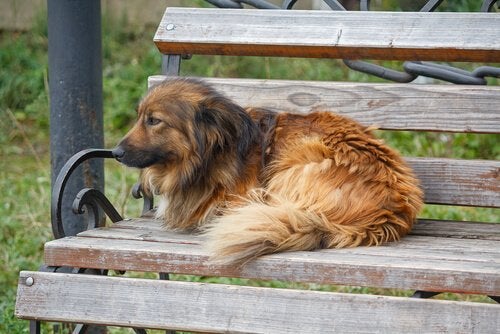 Sadly, the abandonment of pets is common in countries all around the world. It is the result of adopting animals on a whim, the economic crisis, the cruelty of some breeders, and old age along with the illness of old age.

Although the world has changed and gotten better in some ways in recent years, little has been done to fix the problem of stray dogs. While there are many organizations and individuals fighting abandonment, the sad reality is quite another thing.

There are many things that lead to the abandonment of animals. As a result, there are increasing numbers of stray dogs. In reality, the problem isn’t that hard to fix, but it requires a bit of awareness and commitment from everyone.

The reasons why there are increasing numbers of stray dogs

The number of stray dogs varies by country. Even so, the reasons people abandon dogs are usually the same. The common factors that putting dogs on the streets are the following:

Adopting on a whim

There are many families that give in to the ‘whims’ of their children, or even of themselves, to get a pet. They think that puppies are cute and will make them happy. And this is totally true, but they forget something: a dog is a dependent living being.

As such, having a dog entails responsibility. You need to feed them, take them out for walks three times a day, take them to the vet when they get sick, and more.

When those who adopt on a whim notice all the inconveniences of having a pet, they tend to abandon them. Sad but true.

Not having a way to keep it

It is common in developing countries to see one or more dogs, usually large dogs, in a house. It’s a little strange, since in these places it’s already difficult to get food for oneself and for one’s family. What do you feed the animals with?

This is a problem that happens gradually. They fail to give the dogs the importance they deserve, or when their income goes down, they stop feeding their animals. Then they wander the streets in search of something to put in their mouths.

The greed of man is another reason why dogs turn into stray dogs. Some breeders force the females to have puppies over and over again. And since some of the puppies aren’t as ‘perfect’ as desired, they’re not suitable for sale.

After having spent your whole life with your dog, you realize that he’s getting old and sick. He now requires time-intensive care — plus, it’s expensive. Not everyone is willing to take on these ‘problems.’ Sad? Yes, very much so, although we would define it more as selfish.

Many stray dogs, whatever their country, are older and sick. Many of them die in the streets without treatment and without dignity. They gave you their lives!

Could the problem of stray dogs be fixed? Examining the causes, our answer is yes. The problem lies in the greed and selfishness of man, and their failure to see animals as living beings. That part seems to be beyond our control, and perhaps we must get used to the idea that it may never change.

Link copied!
Interesting Articles
Responsibility
Can I Keep an Owl as a Pet?