The Boxer Dog who Found a New Home

Today we're going to tell you Toby's story, a Boxer who was abandoned by his owners. They left this poor animal tied to a post. 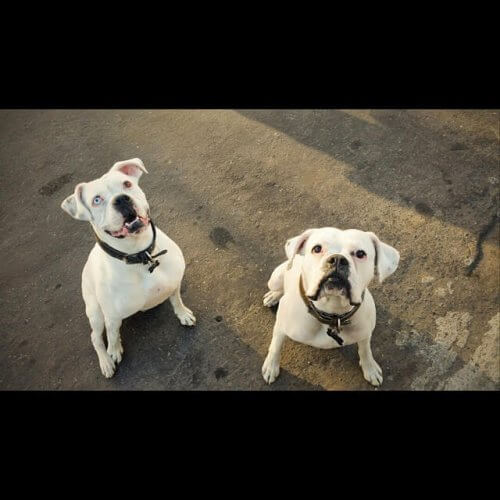 There are so many stories doing the rounds about pets that were abandoned by their owners, and who were then given a second chance in a new home. This happens all over the world and, hopefully, they’ll serve as examples to end the sad reality of animal abandonment.

Today we’re going to share Toby’s story, a poor dog whose owners left him tied to a post.

This is Toby’s story, a dog who was given a new home

This dog’s misfortune began when his family changed their minds about him. They left him tied to a post, promising to come back later to get him. However, this never happened, and the animal was left there tied up.

A man from the San Cristóbal neighborhood of Bogotá, Colombia found the dog and took pity on him. He decided to use some social networks to find the dog a new home.

Meanwhile, the neighbors had freed Toby, and he was wandering the streets with a homeless man. Unfortunately, his health was deteriorating day by day.

Today we’ll tell you Toby’s story, a Boxer who was given a second chance in a new home after his owners abandoned him. They left him tied to a post in a neighborhood in the capital of Colombia.

However, Toby’s story changed when Yamil Lasso saw his picture on Facebook. This man immediately fell in love with him and wanted to adopt him.

This was because the abandoned dog reminded him of his pet, Sam, who was also a boxer. ‘They look like brothers,’ said Lasso, who is a web designer.

The neighbors were able to convince the homeless man to let the dog go with Lasso, in order for him to have a better life.

The man was able to catch Toby and he quickly took him to a veterinary clinic. They had to treat Toby for a whole series of health problems:

Finally, after 15 days at the vet, he was eventually cleared to go to his new home and meet his new dog friend, Sam.

Sam was a little jealous of the new dog at first. However, after a few days, the two Boxers quickly became inseparable and lived happily together with their human family.

Lasso points out that Toby was able to adapt to his new home very quickly and he’s very happy to have found the dog a new life and a new home where he can fully recover.

Hopefully, Toby’s story will make people aware of the need for abandoned pets to be adopted. Also, we hope it encourages owners to be more responsible when it comes to their own pets.

Initiatives for animals in Colombia

Just as one person’s initiative changed Toby’s story, there has also been a lot of progress in Colombia in recent years to protect animals’ rights.

For example, they recently passed a law against animal abuse. Under this new law, they will fine and imprison those who act violently towards these innocent beings.

Additionally, the mayor of Bogota announced a plan to invest about 23 million euros in animal rights. This will include promoting issues like adoption, sterilization, responsible pet ownership and combating animal abuse in its various forms.

Some facts about the Boxer breed

Not only do Boxers have a great sense of smell, but they’re also very brave. They’ve earned a good reputation as dogs that adapt very well to emergency situations. They’re also excellent therapy dogs.

These animals are faithful, vigilant, curious, active, and docile animals that are incapable of harming their human family. They tend to be overprotective and will alert us immediately in the case of intruders.

And, while they’re very patient with children, they can be somewhat forceful when playing games. So, it’s a good idea to keep an eye on them when they’re playing, either with us or with other dogs.

The Story of an Abandoned Dog that Saved an Injured Woman’s Life
Not long ago a video made the rounds on the Internet in which a woman was injured in a car accident without anyone coming to her aid. This is the story of a dog that saved an injured woman's life. Read more »
Link copied! Next
Interesting Articles
Responsibility
Over 300 Species of Sharks and Rays in Danger of Extinction