7 Advantages of Having an Older Dog 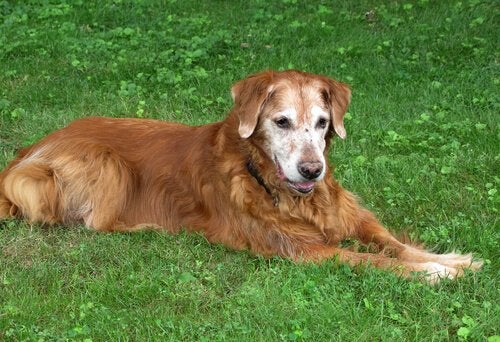 When you get a pet, you know that you’re responsible for him for as long as he’s alive. And you know that it’s a law of nature that he’ll get old. But don’t forget that we too are aging along with our dogs, albeit at different rates. Today, we’ll tell you why it’s so great to have an older dog.

If you are the kind of person who loves animals, then you may not even think twice before adopting an older dog. However, a lot of people choose a puppy for many different reasons, some good and some bad.

It does make some sense for a family with small children to be inclined towards a young dog that can keep up with the children. However, in homes with just one person — or all adults — the option of adopting a senior dog should not be ruled out, especially if we take into account that 2 out of 10 dogs abandoned in Spain are 7 years old or older, according to a study by the Affinity Foundation.

A few reasons that old dogs end up living on the street or in a shelter are the death or illness of their owners. And then sometimes owners abandon them, no longer wanting to take care of an aging animal. So think it through, and if it is within your means, give an adult or senior doggy a second chance.

The arrival of an older dog will mean you can expect experiences that are different but just as rewarding as those that a puppy could bring. That’s why you should focus on the quality and not the quantity of time you will share with the dog.

In addition, if you are also getting on in years, you will surely appreciate spending your days with someone who moves at a slower pace and handles things a bit more calmly.

We’d like to convince you, so below we’ll detail some benefits of having an older dog. You won’t regret it!

Advantages of sharing your home with an older dog

Give a new home to an older dog

So, if you’re thinking about adopting a pet, don’t rule out an older dog. Workers at the shelter will be able to tell you about his personality and how to take care of him so that nothing unexpected comes up after you bring him home.

One thing that there’s no doubt about is that it will be an enriching experience if you adopt a furry friend with a few years on him. Expect to a lot of love! And when the time comes for his departure, as the law of nature goes, he will leave you with the best of memories.

Link copied!
Interesting Articles
Which dog to adopt?
Factors to Consider When Choosing a New Puppy

Which dog to adopt?
The Benefits of Having a Small Dog

When deciding to adopt a dog, you need to decide whether you want a large or small dog. You might…

Which dog to adopt?
Can Money Really Buy a Dog?

Which dog to adopt?
5 Dog Breeds that Are Perfect for Small Apartments

If you have just moved into a small house, or if you have been living alone for a while and…

Which dog to adopt?
Male or Female Dogs: How to Choose

There are people who like male dogs more, there are also those who prefer female dogs. However, sometimes there are…

Adoption
Mixed and Purebred Dogs: What are the Differences?

Mixed or purebred dogs, which is better? This is one of the first questions many people ask themselves before adopting. There…