Macaques are causing major problems in India right now. Read on to learn more about what's going on. 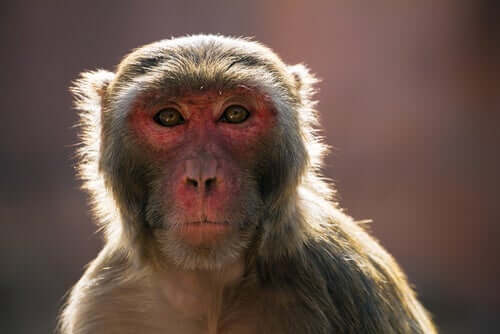 There are lots of places on this planet where humans and local wild animals get into conflicts. Our invasion of their habitats is what generally causes the conflicts, but few have reached the heights of the macaque crisis in India.

The macaque crisis in India

There has been yet another protest in the city of Badnawar about the macaques in India. A rhesus macaque has been “terrorizing the city,” according to local news sources. It has actually attacked several people, including a 60-year-old man who died.

But this is just one of many recent events involving this species of primate in highly populated areas of India. They’ve done everything from throwing thousands of rupees at passersby, to stealing food, and even wrecking some fiber optic cable infrastructures.

Some of these events have turned fatal. That man’s death wasn’t the only one. Other victims include a 12 day-old baby, and another old man who was stoned to death.

A strategy against the macaques

Indian states like Himachal Pradesh have taken drastic measures because of the sheer number of incidents. In just that state, there have been 86 attacks between 2017 and 2018. That’s despite the fact that the state began a sterilization campaign over ten years ago.

They capture and neuter the macaques, which has taken the population in India down by a third. They went from 3.2 million in 2004 to 2.1 million today.

But the attacks don’t seem to be stopping. After failures in other states, the Indian government is trying to find other solutions like immunocontraception. But that would mean developing an oral vaccine that works specifically for the rhesus macaque. These vaccines have to be injected and given in multiple doses, which isn’t a viable option right now.

The macaque crisis in India, and farming

One of the problems the government is looking into is how to capture them. When they’re taken out of their natural environment in large numbers, it could affect their social structures. That probably leads to fragmentation in their groups. In other words, there are more lone macaques that might get the temptation to steal crops.

The problem in rural areas isn’t the safety of the people so much as the potential issues for people with small farms. In the past, people didn’t think much of the attacks. They only led to about a 10% loss of crops in anyone affected. But in the last five years, some farmers have started to lose up to half of their entire crop.

The strange thing about the conflict with the macaques in India is that they’re sacred in some parts of the country. In other words, they haven’t suffered much persecution by humans. In fact, when people started to advocate killing them, there was too much public pressure against the idea for them to put it in place.

Conflicts like the ones with the macaques in India are reminiscent of the wild boar in cities like Barcelona. In our opinion, conflicts with local wild animals are something we should be solving by hearing everyone out, and making sure the animals can live in as wild an environment as possible, without affecting our daily lives.