Cutting a Dog's Tail is Now Illegal in Spain

Cutting a dog's tail is now illegal in Spain 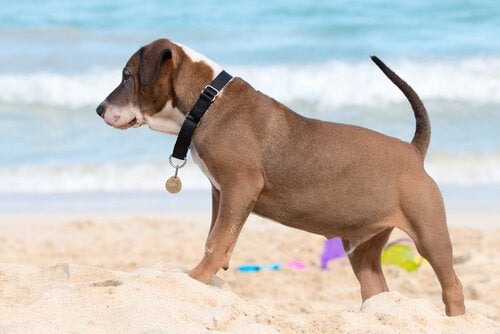 Cutting a dog’s tail is now illegal in Spain, thirty years after Europe delayed an agreement on this issue. For most people, it has been clear for a long time that it is preferable to leave a dog’s features. Especially the tail and ears, in a natural state.

Cutting a dog’s tail or ears is a totally useless custom, this according to most people who are against the procedure. This practice usually leads to collateral damage in animals. But cutting the natural features of a dog is also an action that is highly sadistic in itself.

Whether to cut or amputate the tail of our pet, the first of the dilemmas

According to animal rights lobbyists, there is a previous issue associated with this custom. We should use the word amputation instead of  cutting. This is the correct term, as amputation captures the cruelty of the custom in all its dimensions.

These animal rights defenders use a graphic example to illustrate their point. A dog’s fur is cut for hygienic purposes and, in many cases, also aesthetic reasons. However, this action does not cause any pain for the dog, because the hair will eventually grow back.

In this case, cutting a dog’s tail and ears is not about simply reducing the size of the organs. The dog’s cartilage, nerves, blood vessels and many tissues are cut in addition to the skin. None of these body parts will ever be able to grow back. Therefore, animal rights activists claim that this process is in fact an amputation procedure. And finally, it is a tremendously painful and traumatic experience for the dog.

Cutting a dog’s tail — The origin of the tradition

Some scholars point out that the first written indication for this controversial tradition came from Rome. Lucius Junios Moderatus, better known as Columela, came up with the term. Columela was a writer and a Roman agronomist who lived between 4BC and AD70

According to Columela, one of the best known thinkers from the ancient Roman Empire, a dog’s tail should be cut short (by having the master bite off the dog’s tail with his own teeth) to prevent the dog from becoming infected with rabies.

In Strasbourg in 1987, the European Convention for the Protection of Pet Animals was approved. It then took the Spanish government thirty years to ratify the convention into law.

In September 2015, the Ministry of Agriculture, Food and Environment “unfroze” the text of the original convention, after years of pressure from animal rights groups.

Before its final ratification, legal regulations still had to overcome obstacles within the Spanish legislative branch. Some traditionalist sectors intended to include a reserve clause that would allow cutting a hunting dog’s tail, if the owner fulfils some considerations.

Experts consulted in the matter, blame these sectors for the delay in the ratification of the agreement. They point out that hunting circles continue to exercise great power in many political areas.

What other things are no longer allowed by law?

As cutting a dog’s tail is now illegal in Spain, the European Convention for the Protection of Pet Animals, contemplates other prohibitions on pet owner behavior, among which we highlight below:

Additionally, the legal framework holds the owners of animals responsible for their pet’s maintenance and care. On the other hand, the law limits the participation of dogs, cats and other species in advertising activities or in public shows. So you now know, cutting the tail of your pet is, obviously, now illegal in Spain.