Dog fighting is one of many forms of animal abuse and it is a criminal offense. 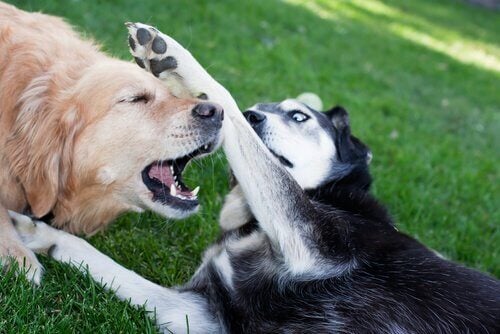 Among many forms of animal abuse, dog fighting is considered one of the evilest. These fights involve illegal gambling and shows that usually attract certain groups of people. Although much of the world considers dog fighting as a crime, it doesn’t seem that it will stop any time soon.

Officers are cracking down on underground dog fighting tournaments in Aguascalientes, Mexico

The matter of dog fighting was recently in the news due to the celebration Mexico’s National Fair of San Marcos. Unfortunately, Mexico is known for animal cruelty. However, in recent times, the country is working to do away with this evil activity.

According to evidence, since 2014, while this famous event took place in Aguascalientes, an international underground dog fighting tournament also happened.

In Aguascalientes, despite that fights are illegal forms of animal cruelity, dog fights are quite common. Participants use these fights to gamble and measure the strength of dogs that are fighting. Many people who defend animal rights report these kinds of abuses.

These fights usually take place in vacant lots in the most troubled areas of Aguascalientes. They also attract a large public that includes even minors. Invitations are done through people “spreading the word” among people who usually attend these fights.

Dogfights, besides being a form of abuse towards animals, are also a big deal for gang organizations. Organizers usually create fights that seem professional with spectators gamblings large amounts of money. Likewise, gangs use these events to perform other types of illegal activities, such as:

Unfortunately, it’s not strange that Aguascalientes is also an ideal place for an international gathering of this type. According to specialists, legal loopholes in Mexican legislation leave the way open for these illegal acts to take place.

Information about this international dog fighting convention was called out through a petition on Change.org. On the site, petitioners asked local and state authorities to:

This clandestine event seems to be organized through encrypted messages between participants from different parts of the world, especially form the USA, Spain, and Brazil. Interested parties use several internet sites to communicate with each other.

Although authorities indicated that they haven’t been able to find the criminal organization, it’s clear that the event is associated with the San Marcos Fair. In addition, the fair is the perfect diversion.  Not only is the event a big distraction, but it also attracts large numbers of locals and tourists. The fair also has bullfighting.

The injuries and abuse of dogs that took place before, during, and after fights are so evil that we’re not going to get into detail.

However, it’ enough to say that the people who abuse innocent creatures are considered criminals in most parts of the world. In spite of this, they continue to carry out their business on a small and large scale. In addition, some continue to organize large underground events, such as this one.

We don’t know what goes through these organizers’ minds or in the minds of the people who enjoy witnessing animals participating in this type of activity. It’s hard to say who would enjoy this type of fighting, whether the animals are dogs, roosters, or bulls.