Animal Protection Laws Around the World

Ever since the Universal Declaration of Animal Rights, we've seen more and more protection for our pets. Take a look at some of the more well-known animal protection laws around the world in this article! 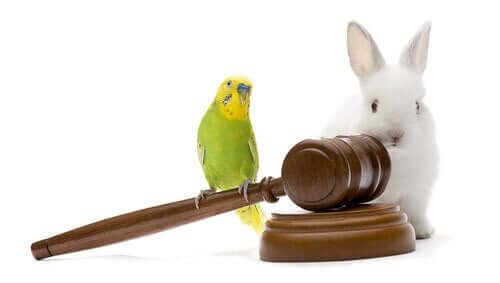 Among the many things it did for animal rights, this initiative was a recognition of the idea that animals have just as much a right to life as we do. What that meant was that human actions would have to follow certain ethical guidelines in the way we treated animals. With that in mind, here’s what the declaration said:

“b) Man, like the animal species, cannot assume the right to exterminate other animals or to exploit them, thereby violating this right. He should use his conscience for the service of the animals.

c) Every animal has the right to consideration, good treatment, and man’s protection.”

This proclamation at a UNESCO hearing ended up dividing the animal rights movement in the 1970s and 80s. To put it simply, two basic movements with different objectives came out of this declaration of animal rights.

The more traditional movement focused on the need for the State to protect animals. The newer movement put its focus on bringing the fight for animal rights to the judicial level.

Animal welfare in the EU: the European Convention for the Protection of Pet Animals

Nearly ten years after the Universal Declaration of Animal Rights, came the European Convention for the Protection of Pet Animals. This movement helped to spur new animal protection laws all over the world, especially in countries in the European Union.

The goal of this initiative was to bring immediate and practical improvements to the quality of life of many animals. They did this through various means, such as banning mutilations and regulating the use of animals in recreational activities, like hunting.

The European Convention was also a major push forward in terms of public policy related to responsible pet ownership and the overpopulation of stray animals.

An example of one European country: Spain

In Spain, there’s still no national law that specifically regulates the well-being and rights of wild or domestic animals. Every autonomous region of the country has different ordinances against animal abuse. Each region has established its own punishments for abandonment, violence, and emotional or mental abuse of animals.

That being said, article 337 of the Spanish national Penal Code does call for a year in prison, and the potential to be banned from pet ownership for anyone who:

Unjustifiably abuses a pet by any means, causing wounds that significantly affect its health, or sexually abuses a:

There’s another national law about this as well, in terms of wild animals. Spain’s Penal Code calls for six months to two years in prison for anyone who:

Goes against laws or general attitudes of the public and:

What about animal protection laws in the United States?

Similar to Spain, most animal protection laws in the United States happen on the state level. There are only a few federal laws for animal welfare, and the rest is left for cities and counties to pass ordinances.

The main federal law is the Animal Welfare Act of 1966. This law mostly deals with zoo animals and lab research animals. There are also some minor provisions about commercially bred and sold animals like dogs at puppy mills.

There have been other laws signed in since, regarding slaughter and endangered species, but as we said, most of the legislation happens at the state level. You can search the Animal Legal Defense Fund website to find a ranking of the best and worst states in terms of animal protection laws.

In 1954, the National Congress of Argentina approved Law 14,346. This law is also still active today. Apart from defining the terms of animal abuse and animal cruelty within Argentina, it also bans the slaughter of dogs and cats in the Buenos Aires province.

There are also punishments for breaking these laws, of course. The law states: “Any person who abuses or inflicts cruelty upon animals may be sentenced to between fifteen days and a year in prison.”

Many years later, Mexico City created the first animal protection law in the entire country. The law states that there’s a maximum of four years in prison for breaking it. It also created some major fines for anyone who commits animal cruelty, whether the animal is a pet, wild animal, or a domesticated one.

In 2018, Colombia approved Law 1774 about animal abuse and animal protection. After its publication, cruelty, abuse, or violence against wild, exotic, or domestic vertebrate animals became an official crime. The sentences could be anywhere from 12 to 36 months in prison.

As you can see, animal protection is no guarantee, depending on what part of the world you’re in. Europe has made some important strides, but there’s a lot of work to be done all over the world. Look up the laws in your country and see what you can do to help!

Wildlife Protection – What’s the Law?
There are many federal wildlife protection laws, many of them have a very specific purpose such as protecting eagles and other individual species. Read more »
Link copied!
Interesting Articles
Animal Rights
It's Important to Promote Responsible Pet Guardianship

Interesting Articles
Mammals
The Elephant Seal, a Lifetime in the Cold