There is Now a Country with No Stray Dogs 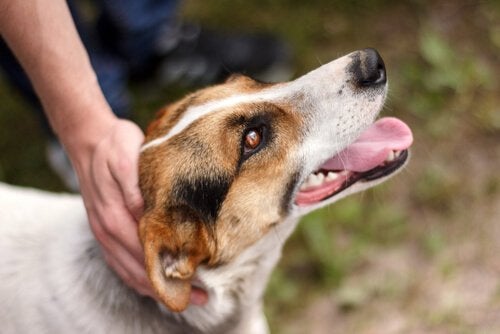 Most countries around the world have problems with abandoned dogs. Governments tend not to do much about it because they consider it a minor problem. However, there are exceptions — there is now a country with no stray dogs.

Holland, one of the leading countries in initiatives like this one, has become the first nation in the world with no stray dogs. This problem of abandoned animals abounds in every country in the world, although many foundations and organizations try to raise awareness of the issue.

The end of a long journey for Holland, a country with no stray dogs

For a long time in Holland there was an enormous number of stray dogs. People would abandon them when they were no longer cute puppies, or because they weren’t purebred, or because it was the end of hunting season, etc.

In the nineteenth century, the number of dogs in Holland was the largest in Europe. This resulted in a disturbing outbreak of rabies among the indigenous population, which, coupled with the poor hygiene of the time, became a leading cause of death in the area.

As a result, people began to abandon their pets, fearing a possible pandemic. Stray animals were roaming the streets at worrying levels. Finally, the Dutch government decided to put an end to the problem. The government assumed the costs of spaying and neutering dogs and organized free procedures.

The Dutch government has implemented legal actions with great results. Now there are no stray dogs in the country.

How did they become the only country with no stray dogs? They used several measures, such as:

They made people understand what a responsibility it is to have a pet. And now they have kept many dogs from being put down or confined to a cage.

The Netherlands created one of the toughest animal protection laws in Europe. Fines following complaints may be up to 16,000 euros and result in prison sentences of up to 3 years.

Another very effective measure the government took was to fund massive pet sterilization campaign. It is now free to spay and neuter dogs throughout the country.

In addition, high taxes on the purchase of purebred dogs were implemented. That way, those who want to have dogs in their house are encouraged to adopt one of many animals living in the shelters.

With this measure to limit the breeding of dogs, Holland has made the lives of living creatures less of a business. They did it, and now they are an example for the world.

Remember that city dog pounds are not the same as shelters. The first, also called animal health centers or kennels, are collection centers for abandoned animals provided by government.

The second, on the other hand, are non-profit associations dedicated to the protection of animals. In some cases  they have municipal concessions for managing the collection of abandoned animals.

In kennels, dogs are usually put down if their owner does not appear and no one adopts them. The deadlines are established by each center. As time passes, these deadlines are put off while they seek alternatives to putting animals down.

However, no animals are put down in shelters except for exceptional cases, like to prevent a sick animal from suffering. Therefore some dogs may live their whole life in a shelter.

Help them out!
Pet Theft - What to Do if It Happens to You