How to Get Your Dog to Respect You as a Puppy

First, you have to empathize with your dog because they might have gone through traumas that have caused some certain behaviors. You need to be firm, but you also have to avoid punishments and use positive reinforcement instead. 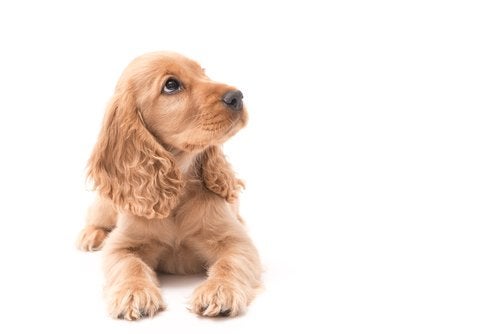 Good training as of an early age is the best foundation for a strong relationship with your dog. So, you need to establish clear boundaries when your dog is still a puppy in order to get them to respect you as an adult.

Puppies generally take 4-6 months to finish their training. In regard to the word “training,” it refers to things like housebreaking your them and getting them to understand what you tell it to do, then doing it.

Believe it or not, size is a major factor in how long it should take you to train your puppy. Smaller dogs, for example, have smaller bladders. This means they need to go to the bathroom more often than big dogs.

Your dog’s living conditions before getting them are also major factors. A puppy that was in a violent environment or had traumatic experiences might behave defensively at the beginning.

Give your puppy some space and let them get used to you. The worst way to deal with a dog with PTSD is to force them to do things they don’t want to.

Possibly your puppy has bad habits from their last home, which are habits that line up with your lifestyle. Therefore, you shouldn’t force a puppy to change right after meeting you. Try to understand why they have certain behaviors and show them the benefits of behaving differently through treats or affection.

Puppies are curious by nature, so start by giving yours a space where it can be calm. One way to do that is to put doggy doors in your kitchen or by giving them their own space with food and water in a separate part of the house.

The important thing is to remember how important positive stimuli are in a puppy’s upbringing. Instead of punishing your dog whenever they do something wrong, try to show them the correct behavior through treats and affection. This is a great way to get your dog to respect you while they’re still a puppy.

If your dog starts to bark, can’t stay still, or sniffs the door, then they probably need to go outside to relieve themselves. So, watch out for these signs and avoid the kinds of misunderstandings that make you frustrated with your puppy.

What not to do if your puppy doesn’t behave properly

Your attitude you have when your puppy makes a mistake is crucial. You don’t want them to be afraid of you, but they still need to respect you.

Using positive reinforcement will also strengthen your bond and it will associate the things you want your dog to do.