Tombili, the Famous Cat with a Statue in Istanbul 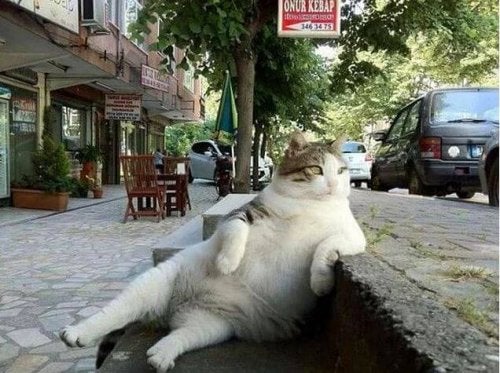 They say that cats have 9 lives, but apparently some cats never die. At least that’s the case with Tombili, a famous cat with a statue in Istanbul. Are you curious why she has her own statue?

It’s nice to see that there are still animal lovers out there and whole cities that love them too, even to the point of paying tribute to them with a statue. Istanbul, Turkey is known for taking very good care of its street cats. In fact, there are hundreds on the streets, but we’ll tell you about that another time. Today is about Tombili.

Tombili, the famous cat with a statue

Tombili, a street cat like so many others in the city, had something about her that made all who saw her smile. It was the way she sat. Have you ever seen images of Cleopatra lying on a sofa as slaves fed her grapes?

Well, that’s exactly how Tombili would sit. It didn’t matter if it was on a bench, the curb, or on a step, she always sat the same way. The locals were used to her, and although she made them laugh, they didn’t see it as anything special.

However, Tombili’s luck changed when a tourist captured her on camera in that pose, lying on a step. It was posted on social media and the image went viral in a matter of minutes. Later, Tombili became the subject of memes all over the web.

Her pose really is very funny, and Tombili’s chubbiness made it even more comical. Strange poses and round cats are two things that the internet loves.

Unfortunately, in August 2016, Tombili died after a long, serious illness. Posters around the city announced her death, saying that she would never be forgotten. They expressed the locals’ common sentiment: “You will live on in our hearts”.

And to make good on that promise, they paid tribute by making a statue of her sitting in her typical pose. They put it on one of her favorite benches and today tourists flock to see it.

Those who knew her personally claim the statue is very well-made, just like the real Tombili. In fact, people bring her food, tea, and water every day.

Of course other cats are eating and drinking the offerings, but the locals just want to continue believing that the spirit of Tombili wanders around and eats the snacks they bring her. What harm does that do anyone?

Animals made famous by social media

Tombili isn’t the only animal who has gone viral on social media. We also have: 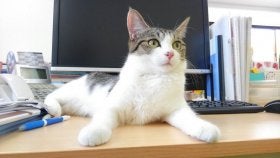 Interacting with animals in the workplace is a practice that’s becoming quite common in several countries. It’s a proven fact… 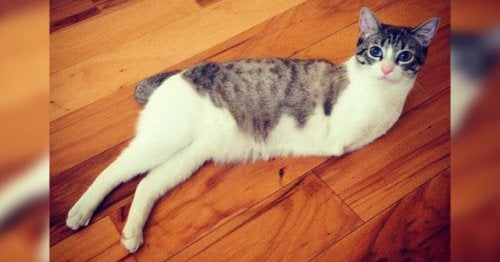 In this article, we’d like to tell you about Able, a two-legged cat who’s always happy, full of energy, and…