Here's some of the latest developments about the African swine fever, a disease that causes both curiosity and concern. 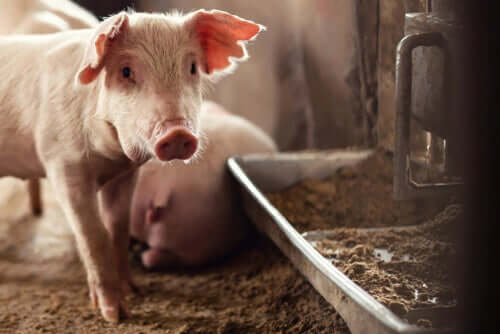 Animal health is extremely important these days, because it’s closely related to livestock production, public health, and international trade. This is why the public authorities’ work is to ensure the livestock industry keeps their animals in good health and conditions. Today, one of the animal diseases that is conditioning international animal trade is the African swine fever.

The African swine fever virus, known by its acronym ASFV, is a viral disease discovered in Kenya in the early 20th century. The causative virus belongs to the Asfarviridae family.

Transmission can occur by direct contact with infected pigs or by eating leftover infected pig meat. In addition, the virus may survive 11 days in pig feces, and months or years in pork products.

Ticks of the species “Ornithodoros” also act as a vector for transmitting this disease. They ingest the virus by sucking infected blood and transmit it when feeding on susceptible animals.

Pigs infected with this virus first suffer from general discomfort along with high fever. After some days they will gradually suffer a loss of appetite and anorexia, followed by depression. Secondly, pathognomonic signs derived from vascular lesions, such as redness of the skin and cyanosis, appear.

Some animals also suffer from vomiting and diarrhea, and even miscarriages. In addition, it usually ends with the animal’s death within a few days. Some experts consider the mortality rate of domestic pigs to be 100%.

To prevent the disease from entering a farm, the following are essential:

Origin and evolution of the disease in Europe

The virus was first detected on the European continent in Portugal in the year 1957. From there, it spread to Spain, becoming endemic in pigs throughout the peninsula in the 1960s.

This caused serious economic damage, both because the animals were dying and because pig export and pig products were banned. In addition, the damage also included the obligation to slaughter pigs during the disease outbreak to prevent it from spreading any further.

The ASFV is the only virus with a double-stranded DNA genome that can be transmitted by arthropods.

The considerable economic efforts made finally produced some results and, after several livestock cleansing campaigns, the ASFV was eradicated in Spain in the 1990s. In addition, the livestock population has since then been under surveillance and under the authorities’ watchful eyes.

Surveillance of wild boar has proven to be essential in preventing unexpected infections on extensive livestock such as the Iberic pig farms.

Last year, experts detected a massive outbreak of ASF in Asian pigs. This outbreak has been continuously spreading, affecting a large part of the porcine population in high-producing countries, such as China.

China decided to open its borders to meat imports as they needed to use their animals to meet the domestic demand for animal protein. However, China and the United States of America have maintained tense economic and trading relations, forcing the first to turn out to the European market to satisfy their meat product needs.

Within the European Union, Spain is the most important country when it comes to providing top-quality pork. Therefore, the difficult situation suffered by the Asian continent with respect to the ASF has provided a market opportunity for this country’s livestock industry.

Outbreaks of this disease are devastating the swine industry from Central Europe to East Asia. Currently, there is no commercially available vaccine against African swine fever.

In the absence of any available vaccines, African swine fever (ASF) outbreak containment relies on the control of infected animals. Nevertheless, the development of an experimental vaccine is in process and scientists hope to have the results ready for commercial use sometime soon.

The History of Pig Domestication
Pig domestication began 13,000 years ago. Asians pigs were brought to Europe where they were then crossed with wild boars.  Read more »
Link copied!
Interesting Articles
Cats
Three Benefits of Purr Therapy