In today's article, we'll be taking a closer look at one of the most devastating diseases in the farming industry: bird flu. 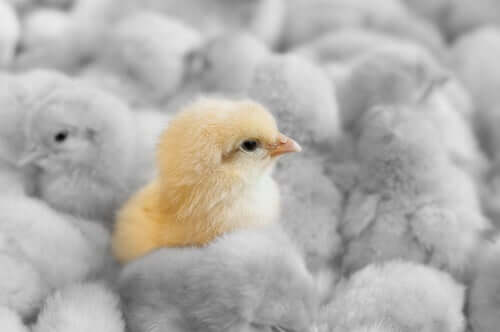 Bird flu poses a serious threat to the health of both animals and humans. It also has a significant negative impact on the economy of the poultry industry and subsistence farming.

What is bird flu?

Bird flu, also known as avian influenza or avian flu, is an acute, infectious viral disease. It affects birds and animals of a variety of different species, including pets and humans.

It was first discovered in Italy at the beginning of the 20th Century, but rapidly spread around the world. Due to the high mortality rate and the high risk of contamination, this zoonotic disease is considered a huge concern for public health.

Bird flu is caused by two subtypes of the A influenza virus, known as H5 and H7. It can infect both wild and domestic birds, but domestic poultry and game birds are especially vulnerable.

The spread and transmission of bird flu is more prevalent on farms.

Infected birds shed the virus through their feces and respiratory fluids. As a result, the most common form of transmission is through direct contact with the feces and bodily secretions of infected birds.

However, the airways also play a large role in transmitting viruses, as well as coming into contact with infected food, water and surfaces.

Normally, bird flu doesn’t affect humans. This only happens when there’s an abnormal and unforeseeable mutation in some strains of the Influenza virus.

The first recorded cases of bird flu in humans were diagnosed in Hong Kong back in 1997. By culling millions of domestic birds, authorities were able to prevent a pandemic.

Initial symptoms of the disease are similar to those caused by normal flu: cough, sore throat, muscle pain and fever. As the disease progresses, there is an increased risk of developing severe respiratory issues, such as pneumonia.

Today, the World Health Organization (WHO) maintains a constant high alert for a possible outbreak of bird flu. This is due to the prevalence of the H5N1 strain on almost every continent.

The negative impact on poultry farming

Death as a result of the disease causes a decline in the poultry population. Further birds are then lost through the preventative culling of millions of contaminated animals.

The situation can have a devastating impact in Asian and African countries, where poultry farming is essential for regional economies. On the continent of Africa, 70% of poultry production derives from domestic or subsistence farming.

The cost of biosecurity

Another worrying aspect for these types of poultry farmers is the cost of putting new control and preventative measures in place to halt the disease.

How can these semi-commercial farms compete with large scale farmers? The high production costs create huge inequality, which is almost impossible to overcome. This leaves small poultry farmers dangerously vulnerable.

The loss of income caused by the death of infected birds means many small businesses don’t have enough capital to keep up with expenses. As a result, many end up taking out loans to cover their financial losses.

This creates additional pressure for these farmers, as taking out a loan forces them to take on new debt. This means even more expense at a time when money is already tight.

This creates unfair competition between small-holdings and large scale industrial farmers. Larger businesses have more liquid assets to fall back on, allowing them to survive periods when sales are slow, or when prices fall.

In Europe, the negative impact of bird flu has already been felt in many rural areas. Recent reports confirm more than 2700 highly-affected areas in almost every European country.

France and Hungary have the highest concentrations of cases of bird flu in commercial breeding birds, while Germany has the highest number of diagnosed cases in wild birds. Spain has two areas of high pathogenicity in domestic birds, and two in wild birds.

While strains of avian flu have been recorded in the US, they have since been eradicated, and no human cases have ever been recorded.

Preventing and combating bird flu is an important matter of public health that requires everyone to work together. It’s essential to reinforce good hygiene practices and choose your poultry supplier carefully.

The Consequences of a Food Safety Crisis
Protecting consumers is a priority for every nation. By taking the necessary precautions, we can avoid the devastating consequences of a food safety crisis. Read more »
Link copied!
Interesting Articles
Illnesses and Treatment
How to Treat and Moisturize Calluses in Dogs?