Animal Intelligence: Can Your Dog Deceive You? 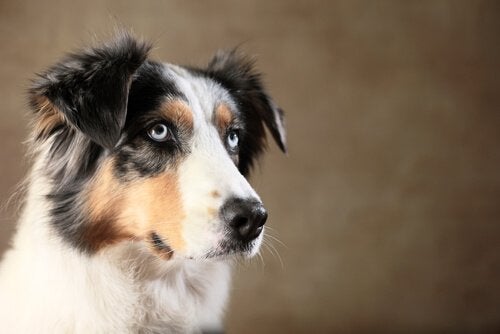 Dogs are considered to be man’s best friends. Their intelligence has them stand out from other animals. However, do dogs have the ability to deceive you? Recent studies have found that dogs can deceive, understand and learn.
Many people believe dogs are just like any other animal. The following study proves the opposite. Dogs resemble humans in many of their attitudes and reactions.

Dogs: The Most Clever Creatures After Humans

People who have dogs are usually amazed by all the wonderful and mischievous things their pets can do. Other people really find it hard to believe the amazing stories people who live with dogs tell about their pets.
It seems like science has finally been able to prove how clever dogs really are. A recent study that took place in Zurich came up with amazing data about how dogs can deceive people.
In addition to listening, understanding and consoling, dogs are also able to manipulate and deceive, especially when food is involved. A Swiss researcher worked hard with a group of dogs during four days. The work she did demonstrated that dogs really have the capacity to deceive humans.

Study proves your dog can deceive you

Dogs are very cunning, and even more so when it comes to getting what they want. People who have dogs as pets know just how intelligent these animals can be. A recent study has shown that dogs have the ability to deceive you when they want to get away with certain things. It’s called “tactical deception.”
The Zurich study shows that dogs are able to show people who will give them food where their food dish is, while ignoring people who won’t give them food.
27 dogs were tested in the study. They were all from different breeds, and of both sexes. Experts placed each dog in front of two strangers. One of them had some sausages in his pocket. A dish was placed a few feet away. Immediately, the dogs began to guide the person with the sausages to the food dish, in order to get the treat.

The scientists who conducted the study have said that the most relevant finding is confirming that dogs can deceive. Also, the fact that the people were strangers didn’t matter. The dogs never showed any signs of shyness.
This research allows us to get closer to understanding the cognitive abilities of dogs, and their flexibility when living with humans. The researcher who directed the study said that her own dogs inspired her to develop the study.

The researcher also stressed that food is the main drive for a dog’s cognitive potential. A dog will do anything to get food. This research allows us to learn more about dogs and their cognitive abilities. In a world where dogs are a favorite pet, understanding these mammals’ mentality is important.

Intelligence and stimulation in dogs

A renowned Canadian psychologist and expert in dog intelligence differentiates between three levels of canine intelligence:

Dogs have enormous cognitive potential. Some dogs help guide blind people, and others rescue people from the snow. How far can the cognitive ability of this animal actually go? Stimulating a dog’s cognitive learning can have amazing results. Studies have proven it.

Dogs learn very quickly. This is a motivational factor for those who study the mental limitations of the canine species. Other canine studies show that they can adapt to their owner’s personality and even to their sense of humor. Dogs are instinctive and highly clever beings, capable of achieving almost everything they set their minds to.

The most intelligent breeds

It’s true that all dogs are smart. However, there are certain breeds that tend to stand out above the rest.
These breeds are:
These 10 breeds of dogs are known for their high levels of understanding and adaptability. They often preform social duties, such as the guiding the blind.
Link copied!
Interesting Articles
Dogs
Cynophobia: The Fear of Dogs

This question sparks a very controversial discussion nowadays. Whether or not we should clone dogs combines science with deep ethical questions. Here, we'll talk about this question from all points…

Since the time this virus appeared and put the entire world population in check, many significant events have taken place...…