This Dog Goes on His Own to the Park Every Day

Read about Eclipse, the independent dog who takes himself for a walk in the park. He even catches the bus on his own. You'll also find out which dog breeds are the most independent. Read more below! 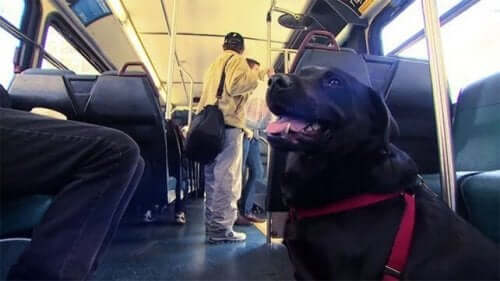 Some people think that all pets have to be completely dependent on their owners. But that’s because they haven’t heard the story of this dog that goes on his own to the park every day. He’s definitely self-sufficient! Many a person would love a pet like that at home.

Eclipse, the dog that goes on his own to the park

Every day, Eclipse gets on the bus on his own to go to the park. This unique dog lives in the city of Seattle, United States. He’s known to all the bus drivers and regular passengers on the bus.

According to the locals, he acts just like any other passenger and quietly waits to arrive at his destination. Everyone who uses the bus loves him and say that it makes them happy to see his sweet and appealing face.

In Seattle, dogs are allowed to travel on public transport as long as the bus driver lets them no other passengers object. Since this cute and furry canine always behaves himself and is very respectful, no one refuses to take him on board… even though he doesn’t pay the fare!

Eclipse is a black Labrador crossed with a Mastiff. His story is quite odd. A while ago he was waiting at the bus stop with his owner Jeff to go to the park. Jeff didn’t get onto the waiting bus straight away since he was taking his time to finish his cigarette.

Well, Eclipse wasn’t prepared to wait any longer for his trip to the park. So he got on the bus on his own, leaving his owner at the bus stop. He waited for the bus to arrive at the park and then got off like any other passenger. Since that time, his owner Jeff knows that he can meet up with his pet directly at his dog’s favorite place; he doesn’t have to take him there in person.

Eclipse is very smart. He knows that after 4 stops it’s his turn to get off to be able to enjoy the trees and grass.

His owner opened a Facebook account where he tells the stories of his dog’s adventures. You can check out his journey from the time when this independent canine gets onto the bus until the time he gets home after a great afternoon in the dog park in Belltown.

Dog breeds that do well on their own

Would you like to have a pet like Eclipse? Of course, his owner is particularly fortunate to have such a smart, independent dog. However, there are certain dog breeds that are less dependent and more self-sufficient than others.

If you’re not at home all day (or if you’d like to have a dog that takes himself to the park), you could choose one of the following breeds:

Small in size, pugs are fun-loving and very sociable animals. Even when they’re on their own, they’ll amuse themselves very well and have fun with a ball or a toy. Pugs are also great for houses that don’t have much room to run around in.

These dogs look somewhat like a lion thanks to their huge mane. They are also very striking because of their blue tongue. Chow Chow dogs are not known for being particularly affectionate, and are reserved and independent dogs. Their temperament has been compared with that of cats.

These friendly dogs get along well with kids and with other animals. Docile and loyal, their upkeep is easy. And even if they stick closely to their owners, these dogs can also amuse themselves easily on their own. The English bulldog can get used to living in a small place and to being on its own for long periods during the day.

Shih Tzus are excellent guardians, extroverted and playful. They’re famous for their thick, long coat. With a great personality, they respond well to training and will also play on their own without bothering anyone.

The Maltese has a placid disposition and is ideal for small houses or apartments. They’re very gentle and serene dogs. They will easily spend hours lying down or asleep, and don’t require much attention from their owners.

Although these dogs are quite a self-sufficient breed, they don’t like to live completely on their own. A Pekingese won’t have any trouble staying at home on its own all day, but as soon as you get home from work, you should give it a bit of attention and play with it for a few minutes. However, it’s not a dog that wants to constantly be with its owners, and is one of the most independent dog breeds. 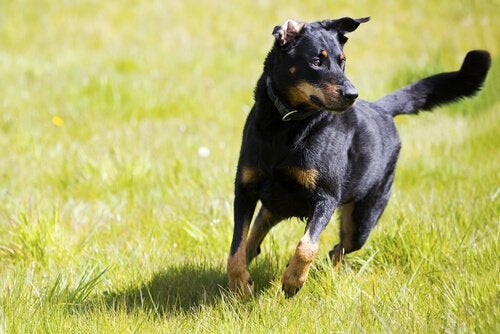 Advice for Training An Independent Dog
Many people train their dogs to be obedient, calm, sociable, and adaptable. Things like going to the bathroom in the right places, sitting, and doing tricks are easily trainable activities. However, how many owners are hoping to train an independent dog? Read more »
Interesting Articles 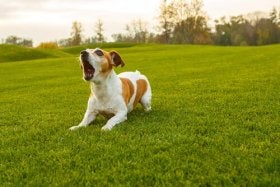 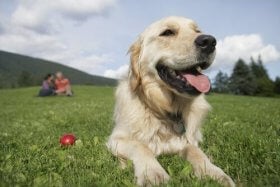 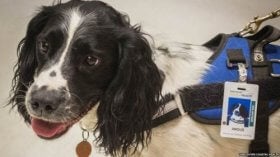 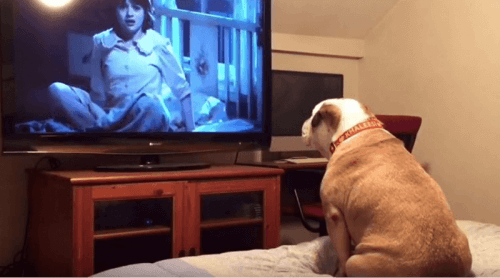 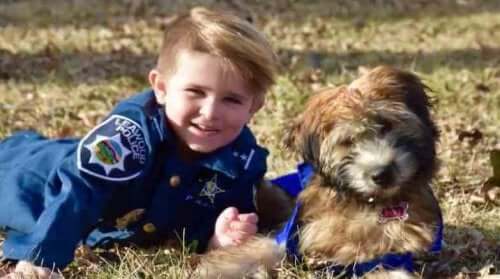 Is there anything sweeter than a child and a dog together? We’ve got three stories about inseparable friends, and the first is all about Oliver and Ruby. This pair of friends’ favorite pastime is going around the neighborhood and patrolling…