No, Cats Are Not Smarter Than Dogs 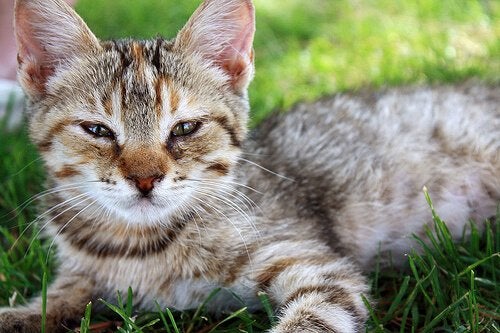 Are dogs smarter than cats? Apparently, science now has an answer. Below you can read about the outcome of one of the biggest controversies in the history of the pets.

The number of neurons matters

A provisionally accepted publication in the scientific journal Frontiers in Neuroanatomy states that the cerebral cortex of dogs has twice the amount of neurons than cats. The group of scientists who discovered this fact are from six universities located in the United States, Denmark, Brazil, and South Africa.

Professor Suzana Herculano-Houzel was the person in charge of the quantifying neurons method in the brain of a species. According to this scientist, the first step to reaching an approximate number is to turn the brain into a “soup”, because it makes it easier to isolate the nuclei of neuronal cells and calculate their number.

Number of neurons, measure of intelligence

The neuron is the basic unit for processing information. The cognitive ability of any living being, is directly related to the number of neurons it has. According to Herculano-Houzel, the quantitative factor is key:

“I believe the absolute number of neurons an animal has, especially in the cerebral cortex, determines the richness of their internal mental state and ability to predict what is about to happen in their surroundings based on past experiences.”

The scientists based their findings on the application of the so-called “soup method” to a dog’s cerebral cortex. This is the nervous tissue covers both hemispheres of the brain, and it is just a few millimeters thick. This commonly called “gray matter”, is an organic tissue that’s essential for decision-making processes.

The use of this brain area is especially important because it processes external stimuli that an animal perceives through sight and touch.

So, are dogs more intelligent?

To reach this conclusion, the neurologist Herculano-Houzel and her team used three brains: one from a cat, another from a Golden Retriever, and another from a small mutt.

They used two dog brains because of the great differences that there usually are between breeds of different sizes. They discovered that the cerebral cortex of both dogs housed 500 million neurons, but the cat’s brain had only 250 million.

Therefore, the researchers analyzed the brains of eight different carnivore species to find a similar number in the amount of neurons. They chose samples from ferrets, mongooses, raccoons, cats, dogs, hyenas, lions, and grizzly bears.

A hypothesis yet to be proven

The group of researchers actually sought to confirm the hypothesis that the brains of carnivorous species have more cortical neurons than those of herbivorous species. However, they could not prove it, because there was no correlation between the amount of neurons and the size of the animal.

They estimated that the stress to which herbivores are subjected has pushed them to develop their brain capacity. The reality is that large carnivores usually have fewer neurons. For example, a bear’s brain is ten times larger than a cat’s, but both have the same amount of neurons.

On the other hand, the researchers were also surprised by the raccoon. Although it has a brain the size of a cat’s, it has the same amount of neurons as a dog. A raccoon’s number of neurons is higher on average than other animals in the same family.

Above all, both dogs and cats can make excellent life-long companions for humans. Unfortunately, cat lovers now have one less argument in their favor!

Noise pollution is a reality in every big city in the world, especially in those that are growing rapidly. Without…