5 Sacred Animals from Around the World

For each civilization or culture, there are many sacred species that have been granted divine characteristics and they are related to myths and legends. 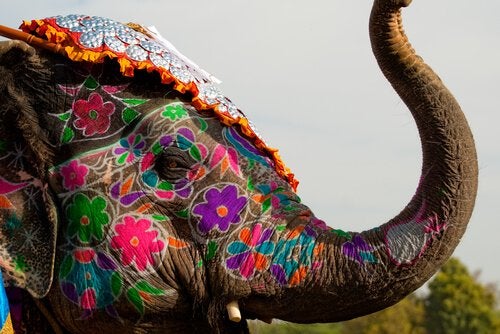 One of the main lessons that we learn when traveling is that our point of view completely changes depending on where we were born or raised. In fact, there are animals that are sacred in certain countries and are not in others. In this article, we will show you some examples:

What are some sacred animals?

The belief that animals are sacred beings dates back a long time. Ancient civilizations gave divine characteristics to the species that were around them. As a result, many legends and myths revolve around them. Some examples are:

This animal is the national symbol of Thailand. In fact, they used an elephant silhouette on the flag until 1917. As a result, this animal is strongly linked to the history of this Southeast Asian country. Above all, the white elephant is the most sacred to the Thais. For 5,000 years, they were honored by relating them to royalty and prosperity.

Currently, the Asian elephant (in the picture above) is in danger of extinction due to hunting, being used for tourism, and deforestation. The good news is that there are several sanctuaries where you can see them in the wild without disturbing them.

Certainly, one of the most curious images from India is to see cows roaming freely through the streets and between markets. Especially because nobody does anything to them. They take care of them even more than their own children. In fact, a Hindu will never eat a piece of beef, even if he is starving, something quite common in this country.

The cow is a sacred animal in Hinduism. They see them as the symbol of life. Hence, they even have an annual party in which they bath them and decorate them at different temples. In Ancient India, only the cows that did not give milk were sacrificed.

In the Mesoamerican culture, there are three sacred animals that you can see in the remains of the Aztec temples: the serpent, eagle and jaguar. The first relates to fertility, the second to warriors and the third to mountains, strength, and power.

This civilizations is known for associating jaguars with the night and darkness — due to the animal’s nocturnal habits — and maternal love (due to how dedicated females are at caring for their young. This beautiful, furry carnivore is very feared in Mexico, not only for being an aggressive feline, but also for their alleged powers.

In addition to being part of the Chinese zodiac, the tiger is one of the four powerful celestial gods of this country, along with the turtle, dragon and phoenix. This god’s name is Byakko, and he is the guardian of humanity’s teachings, the king of all animals and the lord of the mountains.

Also, they associate the tiger with the element of metal, the virtue of justice, and the season of autumn. In some cases, they relate it to war, which is why armies that defended the emperors used tigers as a symbol.

The boar was one of the Celts’ sacred animals. This is because they represented courage, strength, prophecy, and magic. In turn, these animals were worshiped in Western Europe as a symbol of health and protection. So, they would feed them to warriors at feasts before a battle.

If the boar was a female, it respresented sensuality. Also, they were the pet of the sorceresses and the goddess Arduinna who as a hunter and the predecessor of the Roman goddess Diana. In some northern European countries, you can get amulets and totems of wild boar to use at home or under your clothes.